Redmi K40 will have a triple camera, official poster confirms

The Xiaomi Redmi K40 series is scheduled to arrive on February 25, and today the brand has posted a new teaser of the launch, revealing the camera setup of the phones. We’re looking at an “AI triple camera” that comes with two big cameras, positioned vertically, nestling two smaller holes in between them - one for a camera, the other for unknown purpose. 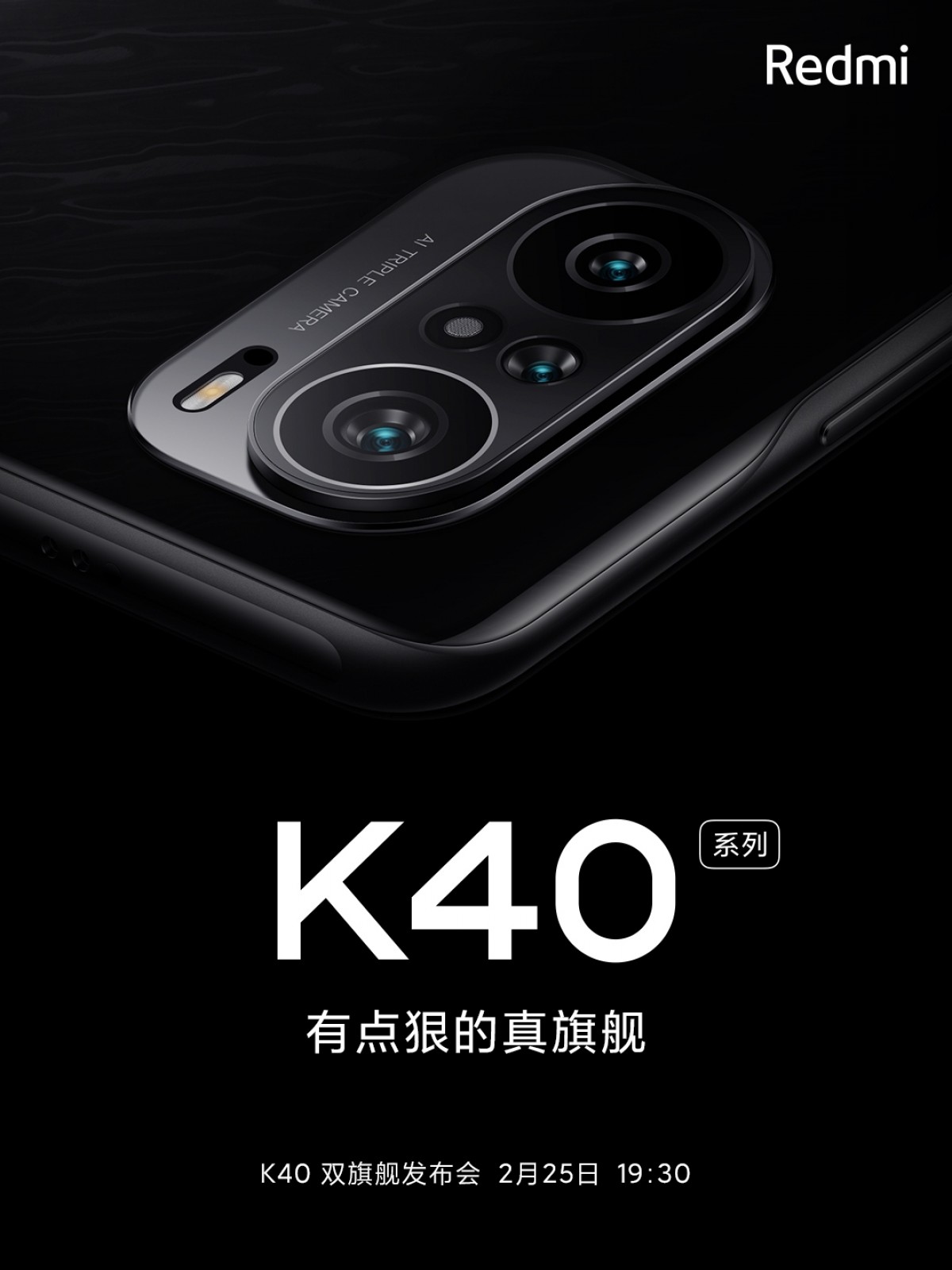 The Redmi K40 phones were confirmed to run on Snapdragon 888 chipset, however, one leak suggested the flagship platform is reserved for the K40 Pro, while the vanilla Redmi K40 will have a Snapdragon 870 chip. Other specs, confirmed by TENAA, include a 4,500 mAh battery and Android 11 out of the box.

The very same TENAA listings also revealed the K40 series will have a flat AMOLED panel with the fingerprint scanner underneath and a centered punch hole for the single selfie camera. Expectations are the event will also see a third variant called Redmi K40S but aside from the rumored name, we don’t know anything else about this phone.

Just showed you that they're re-branding and not what you claimed that there's NONE. It's part of their marketing program just like the other OEMs for different regions.

No way, the third hole is too small, clearly is a macro/depth camera. No tele 2x, bummer.