The Samsung D780 interface has the typical Samsung styling. It is virtually the same as that of D880 Duos, so, we're reusing most of the interface screenshots of D880 Duos.

The standby screen doesn't offer the Samsung dynamic Home screen with the uGo feature. All you can use is regular wallpaper. You can also opt to display Calendar or a single/dual zone clock.

The main menu is a 4 x 3 grid of icons. They have a nice gradient background. You also have a choice of three graphic themes. The interface itself is very responsive and there are nice visual transitions when you navigate the menus.

The phonebook of Samsung D780 stores up to 1000 contacts with multiple fields. You can set it to save your new contacts by default to either your phone memory, SIM 1 or SIM 2 (or of course get prompted every time). When viewing contacts, you can also opt between displaying phone memory, SIM memory (with further filtering for either SIM card) or both Phone and SIM memory. Other than that, over 25 fields of information are available for each contact.

Signal reception with the Samsung D780 phone was excellent (on both SIM cards). A nice feature is the Smart search dialing. When you enter some digits, the handset fetches automatically the contacts that contain them.

Here is how the Samsung D780 stacks up against some of the other handsets we've measured in our speakerphone loudness test. D780 is not the loudest of Samsung handsets and, even though it scored above average, voice is its most problematic aspect.

You can find more info about our loudspeaker test, as well as the results of all other tested devices here.

Samsung D780 can handle SMS, MMS, and email. Naturally, a T9 dictionary is at hand, and it does its job quickly and intuitively. Incoming messages, like calls, can be blocked based on a user-defined black list.

The email client is relatively good but it doesn't support SSL, so it's useless with providers that require it - like Gmail.

The Samsung D780 file browser is pretty much standard for Samsung handsets. There are 32MB of internal memory at your disposal - at least that's the amount of available space we saw, contrary to the 100MB of onboard storage quoted by an official Samsung site. And of course, you can always top that thanks to the memory card slot with up to 2GB microSD cards supported.

There are folders for different types of files - images, video, music, sounds, which allow the handset to sort the memory contents. You can copy or move files freely and you can create and delete folders.

We were unpleasantly surprised by the fact that switching between phone memory and the memory card is quite uncommon - the # and o keys are used for that - go figure! We've seen a similar solution with Motorola, but never with Samsung - at least in recent years.

The file browser: switching between phone and memory card is unusual

The picture gallery is an inherent part of the file manager and not a separate application. Accessing it is as simple as opening the Images folder. You can view the pictures as a plain list or as a list with thumbnails. And again, you can sort files by date, type, name, and size. You can view pictures in both portrait and landscape mode. Again, thanks to the capable processor browsing and zooming images is a pleasure.

Samsung handsets usually excel in music player capabilities (and audio quality too, we should add). With Samsung D780 this is not the case unfortunately.

The Music player lacks the advanced track filtering found on most Samsung handsets (or Sony Ericsson units) such as author, album, genre, recent, favorites or whatever. It falls back to the original dummy functionality seen way back in Samsung D900.

You can create your own playlists of course, but you better put your music in the auto-created Music folder on the memory card, otherwise adding tracks from another folder is too much hassle. Other Samsung handsets didn't have any problems auto updating their Music library with all the tracks you have on memory card no matter where they are stored.

The music player can be minimized to play in the background, but the current track doesn't show up on the standby screen so you can't control it freely.

Music player and some of the settings menus

Samsung D780 is complete with an FM radio. There is no support for RDS but, unlike the Music player, you can control the radio straight from the Home screen.

The video player doesn't have many features but all the essentials are covered - it can play video files in fullscreen landscape mode and you can fast-forward and rewind videos.

Playing a video in portrait and landscape mode

Samsung have made a name for themselves for the commendable audio quality of their handsets. The D780 easily outperforms most contenders in this area.

Never mind the basic music player, Samsung D780 scores quite well on every audio quality reading. The only concern is the high IMD level, much like with Samsung D880 Duos. That easily becomes acceptable by downing the volume a level or two.

Anyway, the results are here for you to see and draw the conclusions. In case you want to learn more about our test, click here. 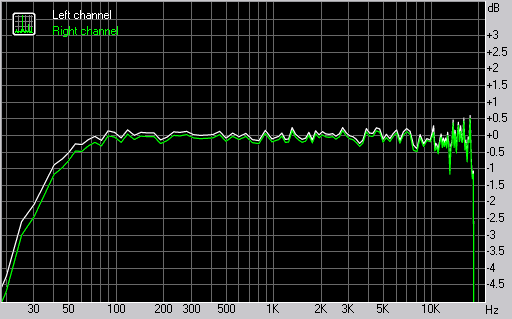