Samsung Galaxy A20 launched in India

The Samsung Galaxy A20 debuted last month and has now arrived in India, which will become its first market. It is priced at INR12,490 ($180) and will go on sale from April 10 through Samsung India's online store, Samsung Opera House, as well as other online and offline retailers across the country. 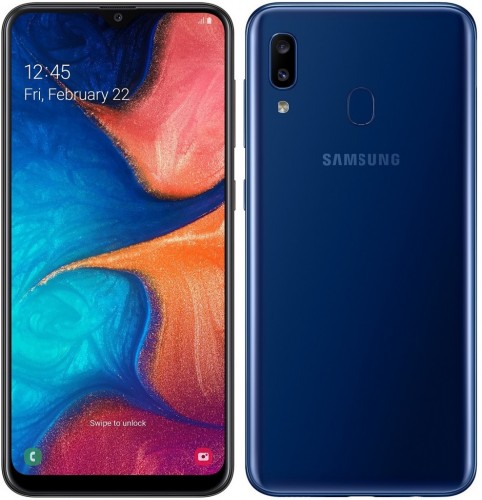 For photography, the Galaxy A20 has a dual camera setup (13MP + 5MP) at the back and an 8MP selfie shooter on the front. It has 32GB of onboard storage but you can expand it by up to 512GB via microSD card.

Actually, he specifically said he prefers 5.4" - 5.8" displays. I think he's already used to todays standards in screen sizes and aspect ratios, but just needs a phone that's more pocketable than most other phones. There are other options for him lik...

Tired of seeing 6.2" phones.. Why cant some one release 5-5.5" compact flagship/decent specs phones? Motorola releases some small phones but with huge bezels (or without NFC)...