Samsung launched the Windows-powered Galaxy Book2 last year, and it seems the company will soon add another device to the lineup, dubbed Galaxy Book S.

Official-looking press renders of the Samsung Galaxy Book S have been leaked by reliable leakster Evan Blass revealing its design.

Unlike the Galaxy Book2 which was a 2-in-1 device, the Book S is a regular laptop complete with a keyboard attached. It has a display with slim bezels on three sides, and there's also a camera above the screen for video calls. 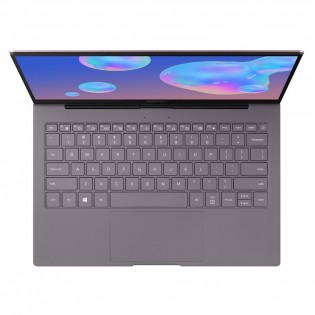 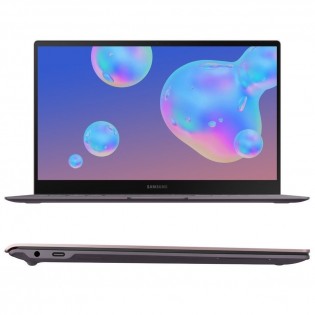 The render also reveals a single USB-C port on the left side of the laptop (there are likely more on the right) which is accompanied by what could either be a headphone jack or a port for power input.

A Samsung device said to be the Galaxy Book S was spotted on Geekbench with Windows 10, Snapdragon 855, and 8GB RAM. There's no word from the South Korean tech giant about the Galaxy Book S, but we may see it go official next week at the Galaxy Note10 event.

RAM is used differently in both devices.

I would buy it.. if it has dual os windows and android.. and the screen can be detached and run like tablet.

Galaxy book S?? didnt they make that like 3 years ago? They need to sort out the naming..