Samsung Galaxy Fold 2 to come with a new S Pen

After yesterday's Galaxy Fold 2 juicy news, it's time for another portion of revealing a bit more about the design of the handset. According to a fairly reputable source, Samsung's upcoming successor of the Fold will incorporate one of Galaxy Note's iconic features - the S Pen. 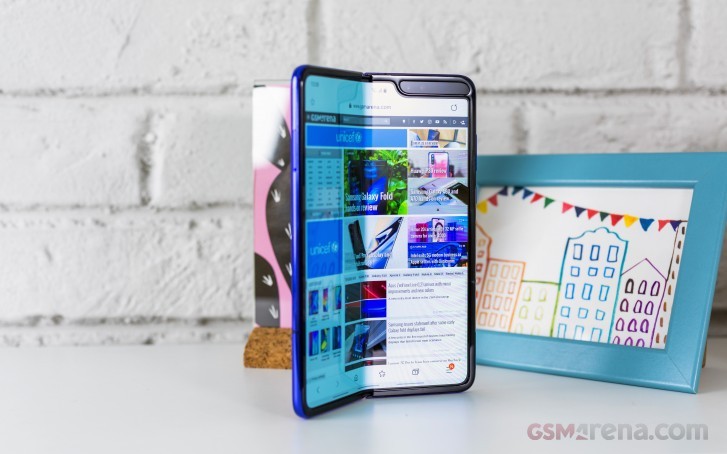 When you think about it, it does make a lot of sense. The Galaxy Fold 2 will reportedly open up to a 7.7-inch display, which is more than an inch bigger than the Galaxy Note10+, so it would be wasteful not to utilize that screen real estate with an S Pen functionality. Moreover, according to the leak, the S Pen will be re-designed. Perhaps the re-design is necessary due to the surface being more prone to scratches. And we still don't know whether Samsung will go with the UTG display or keep the plastic one from the old Fold.

The report also claims that the Fold 2 will borrow the S20+'s camera setup - 12MP main, 64MP telephoto, 12MP ultrawide and a 3D ToF sensor to aid them all. Interestingly, the display on the outer shell of the phone will have an Infinity-V panel - a minimalist notch, while the main display will go for either a punch-hole design or an under-screen camera. But we knew that already from yesterday's leak.

The handset will incorporate high-quality materials such as ceramic and stainless steel and will come in five colors - Blue, Silver, Gold, Pink and Black.

That depends on which quality material has been used.. To increase your knowledge drop a glass object and a plastic object at the same time..

Jokes on you, I have absolutely no problem with it at all.

You are not alone, me too. I just hope that Samsung will vastly improve that area.