Samsung announced the Galaxy M20 last January and it's due for a successor - the Galaxy M21 has just appeared on Geekbench confirming its approaching announcement and revealing some key specs in the process.

The Galaxy M21 sports model number SM-M21F, and according to the benchmark database, it will boot Android 10 and have an Exynos 9611 SoC with 4GB RAM at the helm. 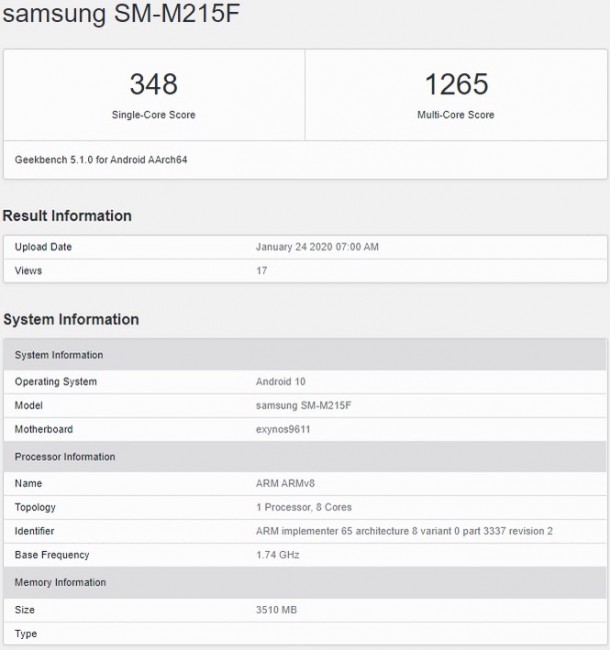 Geekbench doesn't reveal the rest of the specs of the Galaxy M21, but rumors have it that it will arrive with dual or triple rear cameras and two storage options - 64GB and 128GB.

The Galaxy M21 is also rumored to come in Blue, Black, and Green colors.

There's no word from Samsung about the M21 yet, but since the M20 was announced last year in January, we expect to see the M21 go official any time now.

That used to be true a few years ago, but not anymore, the big ones caught up, and sometimes you get worse service from Samsung, that being said, they are not as widely available in a bunch of territories.