The Galaxy Note20 leaks have been coming thick and fast these days painting an increasingly clear picture of what’s to come at August 5’s Galaxy Unpacked event. In the meantime, the Note20 Ultra powered by the improved Exynos 990 has passed through Geekbench giving us an early look at its performance. 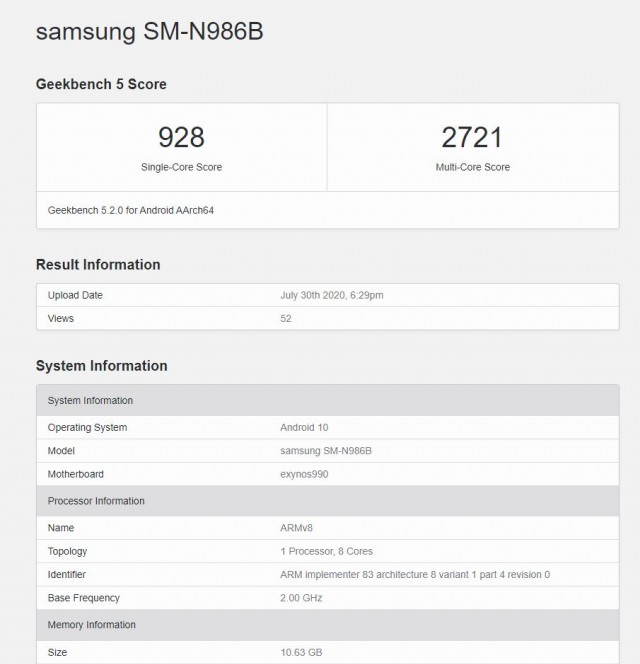 The device bears the same SM-N986B model number which has been seen before and comes with 12GB RAM. Unsurprisingly it runs Android 10, presumably with One UI 2.5 on top. It managed 928 points in the single-core test and 2,721 in the multi-core department. These scores are comparable to the Exynos-powered Galaxy S20 Ultra though fall behind what we’ve seen from Snapdragon 865+ phones. 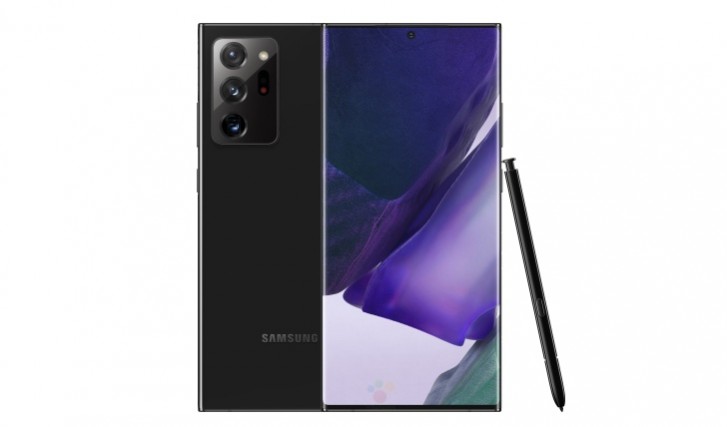 According to a recent leak, the Exynos Note20 series will come with improved heat management and will be more power-efficient leading to noticeable performance gains over the current Exynos 990.

Exynos is useless. I have Note20 Exynos and Tab S7 Snapdragon. The Tab is so smooth in every aspect, i feel the lag obviously with Note20. The same games i play with both devices (Rise of kingdoms), Tab is smooth and Note20 is jerky; game loading ...

I checked and I found nothing. Can you provide something that can be substantiated? The OnePlus device I'm using right not is hands-down the best device I've ever used. I can't imagine what a problem it would be when I need to upgrad...