Leaked renders and official videos of the upcoming Galaxy S21 series smartphones have already revealed their design, and now we are looking at a working Galaxy S21+ 5G that has appeared in a hands-on video posted by YouTuber Random Stuff 2. 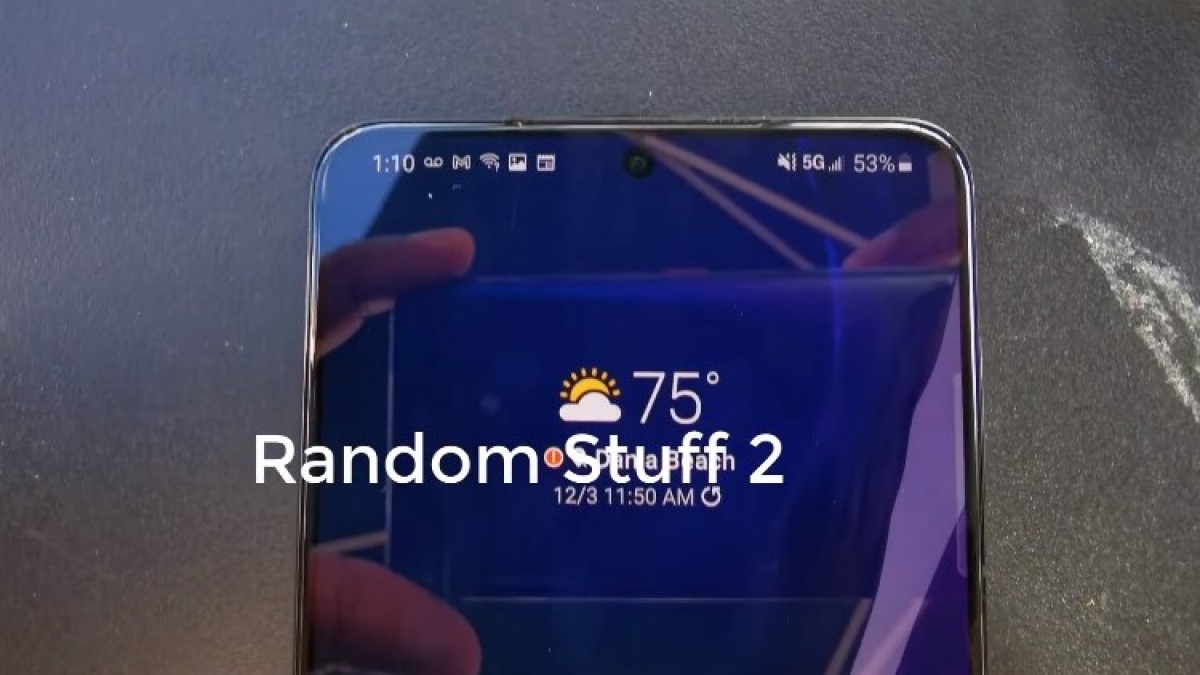 The video shows off the smartphone's slim bezels and the YouTuber says that the S21+ 5G "is really good" and he's impressed, but the cameras capture pictures with saturated colors. That's hardly a surprise since the phone appears to be a pre-production unit and is likely not running the final firmware.

The YouTuber further says that the battery on the Galaxy S21+ 5G is "really good" and can "easily hold for a whole day". He also runs Geekbench 5 on the phone - seemingly having a Snapdragon 888 SoC at the helm - and it scored 1,115 and 3,326 points in the single and multi-core tests, respectively. You can expect improved performance in the final unit.

In a separate video, the YouTuber shows the S21+ 5G with the iPhone 12 Pro and compares their camera samples. You can check out the video below.

Wish UK/EU have the option of getting Snapdragon rather than forced Exynos only..... Guess going for a different brand with flagship SD888 SoC.

The whole world gets Exynos except US, China, South Korea and a few other smaller areas.