The Samsung Galaxy S9 is coming next month at MWC 2018, but some specs might have been outed by an alleged retail box that got pictured. Although most of the specs look similar to the current Galaxy S8, there a couple of interesting additions - stereo speakers and variable aperture for the Dual Pixel 12 MP camera.

The box says f/1.5 / f/2.4, meaning Samsung will implement a variable aperture like the one in the Chinese-exclusive Samsung W2018. 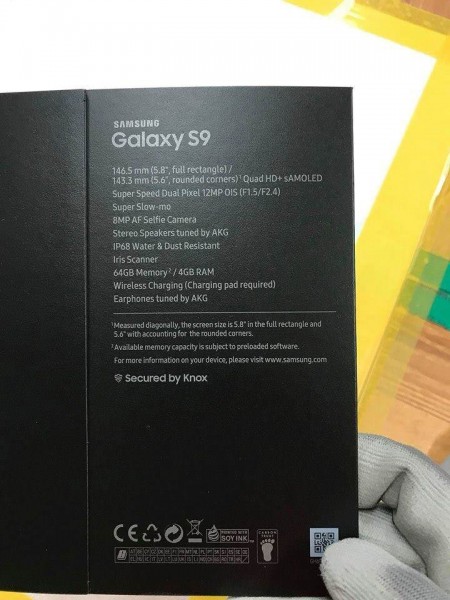 We haven't seen a variable aperture flagship since the M8910 Pixon12 and the Nokia N86, but maybe Samsung found new use for it.

The camera will also shoot Super Slow-mo videos, so we might finally see 1000fps videos that were rumored back in early 2017. Another nice feature that should have come earlier is stereo speakers, tuned by AKG. Now proper stereo speakers are unlikely given the leaked renders as they indicate even slimmer bezels than the Galaxy S8. What we are more likely to get is the earpiece acting as the second one. 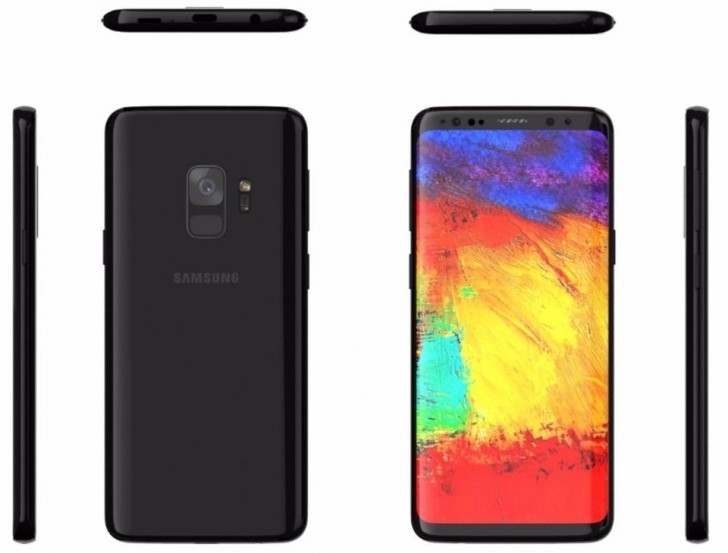 Other specs on the retail box include plenty of similarities to the current Galaxy S8. The screen will have a Super AMOLED panel with Quad HD+ resolution (1440 x 2960 pixels). The RAM will be 4 GB, and the internal storage is 64 GB. The selfie camera will be 8 MP with AF.

The phone will support wireless charging and will come with AKG earphones. It will also be IP68 Water & Dust Resistant.

Only 4gb ram for A flagship mobile? It could have been a better idea, if gone for 6gb instead.

ram will be 4 gb, and the internal storage is 64 gb why very bad samsung

Wow, that was a bit tetchy, wasn't it? Are you acutally Jong-Kyun Shin under a pseudonym? I'm a consumer, and if I don't like what's on offer, I'll buy something else. That's how it works. I don't care about how hard it is to stay on top. If yo...