Samsung is working on a new flagship tablet, and up until very recently we thought this would be called Galaxy Tab S5, since its predecessor is the Tab S4. But for some reason Samsung is choosing to skip the number 5 and go straight to 6. And thus we have the upcoming Galaxy Tab S6, which has just been leaked in some live images. Here it is in all its blurry prototype glory: 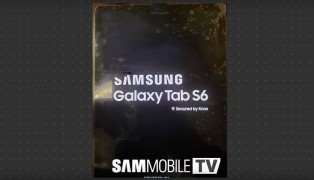 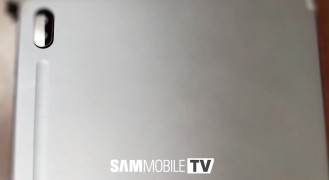 The name is confirmed by the boot logo so at this point there should be little doubt in your mind that the lower-end Galaxy Tab S5e will not get a higher-end non-e S5 companion. The Tab S6 will unsurprisingly run Android 9 Pie from day one, even though it's probably going to be unveiled within days or at most weeks of Google pushing out Android 10 Q to its devices. But by now you should know how it goes with Samsung flagship device launches occurring in the second half of any given year - they all run the Android iteration that was released the year before. 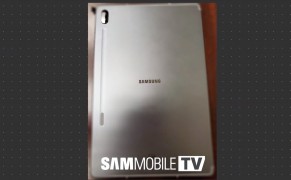 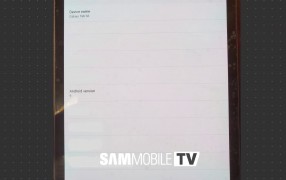 The Galaxy Tab S6 is expected to be truly the highest-end Android tablet ever made, as it will be powered by the Qualcomm Snapdragon 855 SoC. Last year's Tab S4 went with the Snapdragon 835 from 2017 even though the 845 was available. The Tab S6's display is a 10.5" panel, and RAM will be at least 6GB. The base model will have 128GB of storage, with 256GB an option.

Like its predecessor, the Tab S6 will come with a stylus, and that groove at the back is where you magnetically attach it to the tablet. It's neat in that it will also charge while it's there. And yes, you guessed it, that means this S Pen will have Bluetooth support.

Dual cameras on tablets haven't really become a thing yet, but maybe Samsung will make that trend happen starting with the Tab S6. No details about the actual camera hardware have been outed yet. The device will be available in two versions, Wi-Fi-only and Wi-Fi+LTE, in grey, blue, and brown, and Samsung will sell a keyboard cover accessory.

Judging by the timing of the recent leaks talking about it, the Galaxy Tab S6 may be announced alongside the Note10 family on August 7, or perhaps at IFA in late August.

Why Bother ? get ZTE nubia Red Magic 3 , it has 6.65 inch screen and snapdragon 855 no need to wait for Samsung to release a 7 inch Tablet.