Samsung's newest wearable, the Galaxy Watch, got announced alongside the Galaxy Note9 smartphone earlier this month. And starting now you can pre-order one for T-Mobile, with LTE, straight from Samsung's US online store, if you visit the Sources linked below.

The carrier itself doesn't seem to have begun accepting pre-orders, but if you're impatient you can do the deed over at Samsung.com. The 42mm watch will set you back $379.99, while the 46mm model is priced at $399.99. The former's price is $4.99 more than TMo will charge for it, while the latter sees no difference. 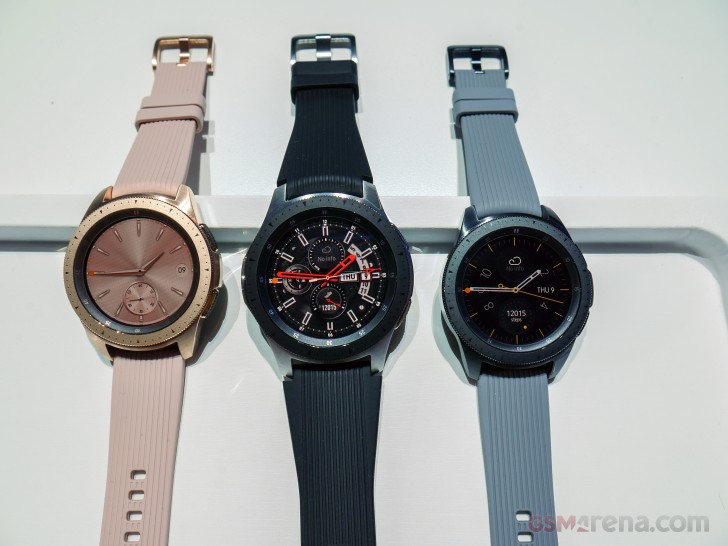 Obviously when T-Mobile does start pre-orders, it will offer the option to grab the watch on an installment plan. So if you want to go that route, waiting is still best. However, if you intended to pay the full price upfront anyway, pre-ordering from Samsung should ensure you'll be among the first people in the US to rock a Galaxy Watch on your wrist.

The pre-orders are due to start shipping the week of September 2. Delivery is free, and if you pre-order you'll get a free additional band for your wearable - the exact one varies based on the color version of the watch you order. Speaking of which, you can pick between rose gold and Midnight Black for the 42mm model, while the 46mm device is only available in silver for now.

Is it eSIM enabled or Nano sim slot embedded ? eSIM is not available at bangladesh ( like many other countries )