Samsung has been frequenting our news section in the past months as it nearly time for the manufacturer to refresh its flagship S-line of phones. In addition, we’re expecting Samsung’s second foldable phone - the Galaxy Z Flip. So far we’ve seen renders and some live shots of the device but now we get our first live hands-on of the upcoming foldable in its dazzling purple paint job.

The short 19-second video courtesy of Ben Geskin begins with the Z Flip in its closed state where we can spot the small 1-inch notification panel and the dual 12MP cameras. The outward surface of the device is quite reflective, switching between purple and pink shades depending on the lighting. After that, the user effortlessly unfolds the device with his thumb, which reveals the tall 6.7-inch “Infinity Flex” display with its 22:9 aspect ratio.

We can briefly pick up the crease in the middle where the phone folds before the device is unlocked and the crease seemingly disappears on the white background. We’ll just have to wait and get our hands on the Z Flip to see if the crease would stick out in daily use. We also get a quick glimpse of the side that does not shut flat and has a wider opening near the folding mechanism. The lower back half of the device which does not house any logos or text and sits flush. 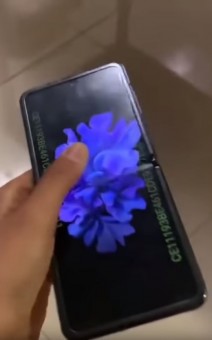 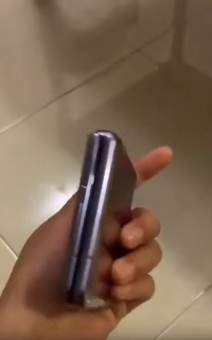 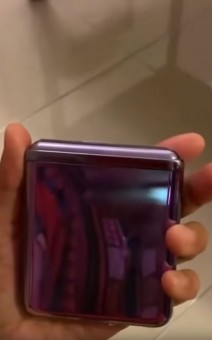 Galaxy Z Flip main screen, side and back

Meanwhile, the Galaxy Z Flip was also spotted on Geekbench with the SM-F700N model number. The device managed 618 points on the single-core and 2421 in the multi-core department. The scoresheet confirms the Snapdragon 855+ chipset alongside 8GB RAM and Android 10. As usual, we’ll keep you posted when new info emerges. 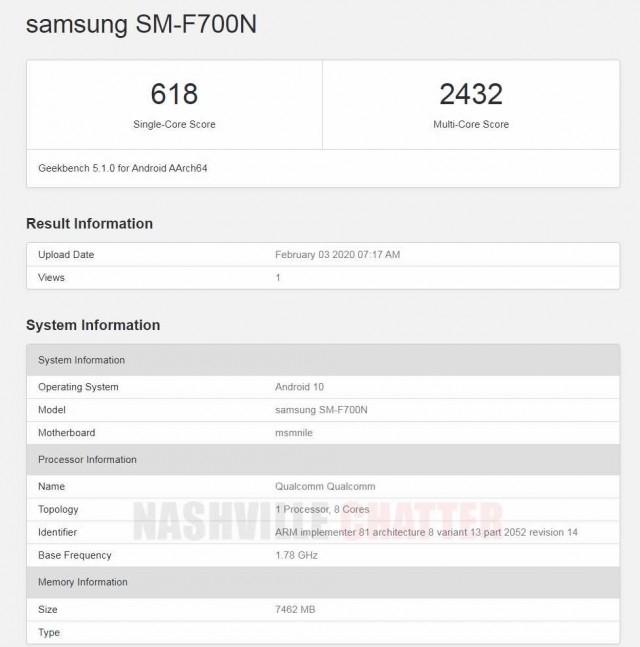 You sure about that. That roommate of yours must be a fake employee then because Razr is available at Verizon. You can check Verizon official website.

he is fake news though! razr was not available @verizon when he supposedly tested it. Source, my room mate works at verizon hq

It broke so easily. The should recall this Razr phone.