The newest members to Samsung’s Galaxy M line are here with the M10s and M30s. Both handsets come with affordable price tags, mid-tier specs and large batteries. The M10s aims to solidify Samsung's position in the entry-level market while the M30s aims to shake up the midrange segment where Samsung has been doing quite well in the past year.

The new M10s offers some major improvements over the M10 which came out back in January. Upfront we now have a 6.4-inch HD+ Super AMOLED display with an 8MP selfie cam. The back retains the overall design of its predecessor but adds a fingerprint reader this time around. The camera department remains unchanged relying on the same 13MP F/1.9 main camera and 5MP F/2.2 ultrawide shooter combo. Under the hood, the M10s comes with the eight-core Exynos 7884B SoC clocked at 1.6 GHz paired with 3GB RAM and 32GB of expandable storage. The battery on the M10s comes in at 4,000 mAh and supports 15W fast charging over the USB Type-C connector. The phone runs Android 9 Pie with Samsung’s OneUI 1.5. The M10s will come in Stone Blue and Piano Black colors. Sales start on September 29 with a retail of INR 8,999 ($126). 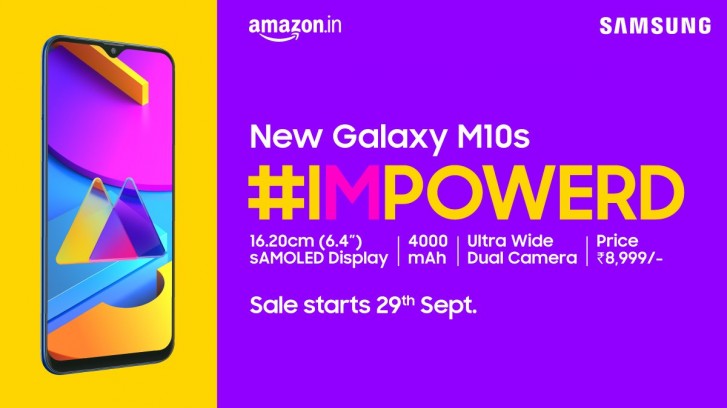 The M30s comes with the largest battery capacity in Samsung’s smartphone lineup packing a monstrous 6,000 mAh cell, up from the 5,000 mAh one on the M30. Upfront we have a 6.4-inch Super AMOLED display and 24MP selfie camera. The back houses the new triple camera array with a 48MP F/2.0 primary shooter, 8MP F/2.2 ultrawide lens and a 5MP depth helper. The fingerprint sensor remains intact above the Samsung branding.

The M30s runs on the new 10nm Exynos 9611 SoC which comes with four Cortex A73 cores clocked at up to 2.3 GHz alongside four Cortex A53 ones working at 1.7GHz speeds. The phone comes with either 4/6GB RAM and 64/128GB storage which can be expanded via the microSD slot. The software front is covered by One UI 1.5 on top of Android 9.0 Pie. Other features include dual SIM support, a 3.5 mm headphone jack and FM radio. 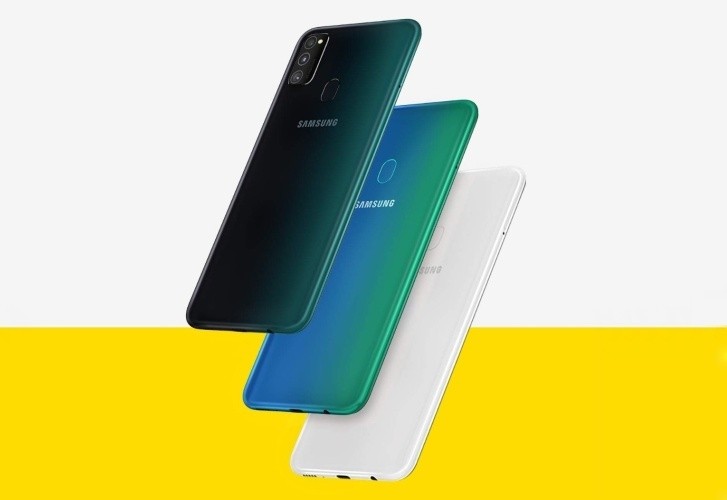 The cameras in this segment are very average so if you buy this do not except a great camera though it is better than the J category phones. At less than 200 euros the phone is very good.