The follow up to Samsung's Odyssey VR headset has just passed through the FCC revealing much of its features. It's called the Odyssey+ and bears the model number XE800ZBA.

This suggests a small upgrade over the original Odyssey (XE800ZAA). According to the FCC listing the new VR headset has a bigger nose contact area, wider eye box and anti-fog (possibly referencing that the lenses will get foggy less because of the wider nose area).

The Samsung Odyssey+ will add SteamVR support to the existing Windows Mixed Reality support. This means the new headset will be able to consume VR content from Steam without the need for Windows as a middle ground.

Finally the Odyssey+ will use AMOLED + SFS but what that means is unclear at the moment. 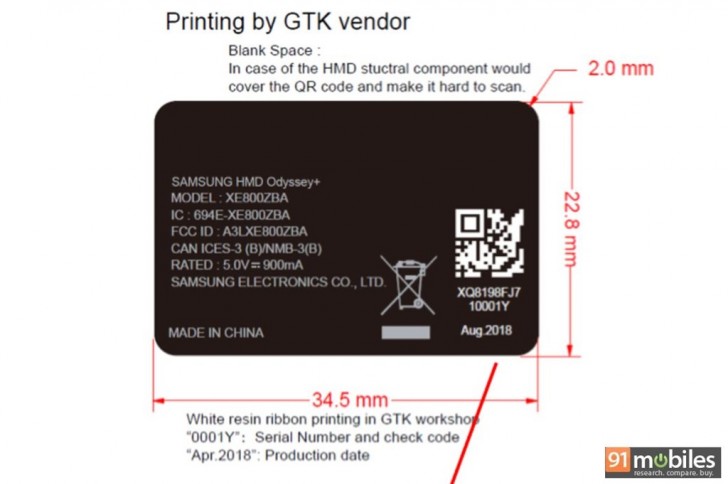 Samsung announced the HMD Odyssey VR headset in October of last year so it's logical to expect it successor around the same time this year.

The problem with VR is that people will buy a console (or PC) to get some exclusive games and good games running well. You buy a VR headset for more than the cost of a console and it's hard to find a decent amount of AAA exclusives that can draw you ...

Hmmm i am not suren and i hate sports games as i dont prefer any physical activity such as drilling in the gym. The onkly sport i preffer is running onto the bus or tram in last second :-)

Skyrim is available in VR. There are plenty of sports games in VR. Dark Souls is a bit impractical to release on VR as it's a 3rd person view game, i.e. optimised for console. There are however a community mod for Dark Souls that changes it into a 1...