With MWC 2015 closing in fast all eyes are on manufacturers to usher forth their new device lineups. Samsung's next flagship S device - the Galaxy S6 has long been in the rumor mill and is still expected to make its first appearance at the Barcelona venue this year.

While we have a somewhat clear idea of the , which should be powered by an Exynos 7420 SoC with 3GB OF RAM, there are bigger, still unanswered questions, mostly concerning its physical appearance and new features. New additions to the next S-line leader supposedly include an aluminum body, much like the ones in Samsung's recent A series as well as a new line of advanced back panel accessories, like e-ink displays and camera optics. 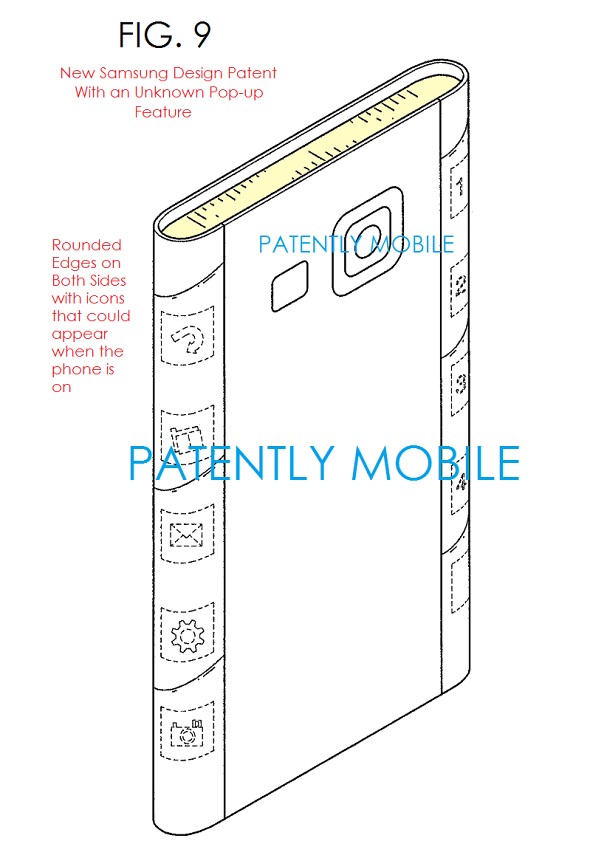 But perhaps, most exciting of all is the possibility that a variant of the new Galaxy S6 will come equipped with a curved display, just like the Galaxy Note Edge and even go a step beyond with a double-edged panel. The interesting device will most probably be named Galaxy S Edge and might have more than a few tricks up its sleeve, that is if a recent patent leak is to be believed.

The document in question showcases an interesting new take on the edged concept and might just hint at what we can expect from the Galaxy S Edge. The screen in the sketch is indeed curved on both sides, but it extends all the way to the back of the device. Unlike the screen on the Galaxy Note Edge, which is only usable when the device is facing upwards this new idea might just allow users to interact with the additional GUI space even when the phone is facing down. 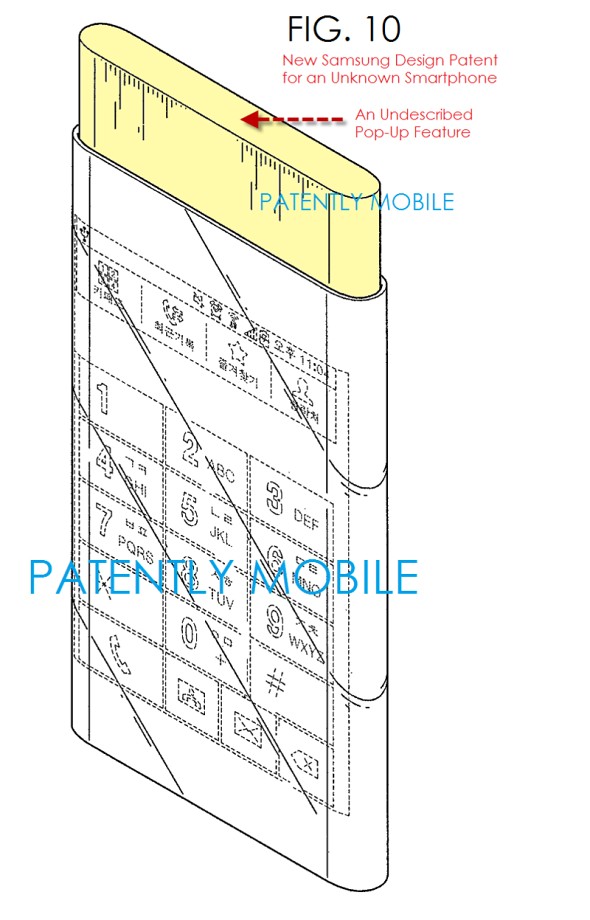 This opens an array of new possibilities. The cleverly-positioned extra space will most likely be used for notifications and quick toggles and media controls, but other interesting use-cases are sure to emerge.

It is also worth noting that the leaked patent showcases another new feature, described simply as "Pop-up. From the looks of it there is a panel on top of the device that the name suggest will perhaps pop-out of the device. Nothing is really known about the feature yet and what functionality it will bring, but it is also worth mentioning that not every patented innovation makes its way on to the production line.

The sketch might just give us a general idea of what the highly-anticipated Galaxy S6 might look like. On the other hand it could be absolutely unrelated and pertaining to entirely future-planned features and designs. For now all we can do is wait and hope the Korean tech giant will unveil the new technology at MWC next month.

Don't be silly. It's obviously where you store your checkbook.

The Pop-Up will be the Edges popping out and you can use it as a big screen media player or for internet surfing. It can be also used for Tablets.