We have just finished testing the company's flagship to replace the Z3 for this season's battles at the high end. Yet, the very name might suggest that it may not be the proper successor but rather what the Z3 should have been in the first place. That's to say that the Z3+ is exactly spot on. 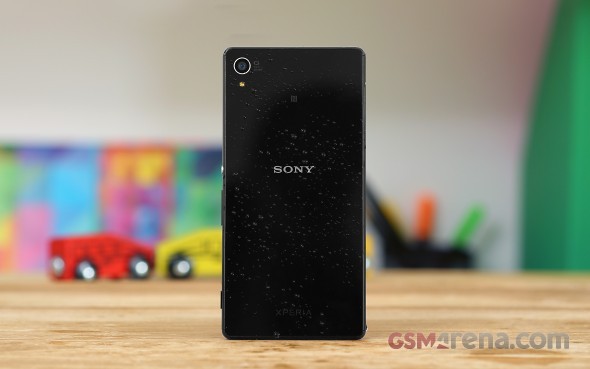 With the Xperia Z3+ Sony has refined its OmniBalance design to near perfection. The flapless microUSB port has brought the demise of the pogo pins and now there's only one short single flap to cover the card slot. In effect, the frame has gotten much sleeker and together with the new materials exudes even more luxury. Couple that with the slimmer 6.9mm profile and the Xperia Z3+ is again one of the top choices for the vain buyer.

The smartphone is a snappy performer, even if benchmark results showed an inherent flaw of the hardware inside. Prolonged use causes lots of heating and that in turn results in the CPU throttling down and the test scores taking a hit. A good balance has been struck though, and temperature is kept in check, while performance is hardly an issue in actual use.

The display is excellent with rich colors and nice viewing angles. Sony hasn't managed to beat the sky-high brightness of the older model, but the Z3+ is brighter than any of the high end competition. Battery endurance has seen a minor (though expected) decrease, but that may change with the final software. However, even as it is, the Xperia Z3+ will likely deliver the promised two-day autonomy.

Camera output is another area, where final software may introduce changes. As it stands now, the images come out with a lot of detail and a bit less aggressive processing, compared to the previous model - a fact that we like.

The flagship to beat at the moment is the Samsung Galaxy S6, and the Xperia Z3+ is facing a hard time here. The Samsung flagship has a gorgeous QHD AMOLED display even if a fraction smaller at 5.1 inches. The curved version on the S6 Edge is even more impressive and actually around the price Sony will be charging for the Z3+ when it launches. The Exynos 7420 inside is the undisputed performance champion, and the Xperia is no match in benchmarks. The Z3+ does have a microSD slot for expansion, which the latest-gen Galaxy S-series has sacrificed.

The Galaxy S6 is marginally lighter and more compact and has a similar dual-glass body, but the unsightly camera bump may spoil its looks enough to tip the scales towards the Xperia Z3+ for the design-conscious. However, the Galaxy S6 has lost a feature the previous generation had, and the Xperia Z3+ is the only one of the current crop to boast IP68 certification for dust- and waterproofing.

The LG G4 takes a very different approach. A removable back with plenty of options to choose from and a user-replaceable battery will cater to customization fans and power users alike, but again, there's no waterproofing. Yes, the Snapdragon 808 is a notch below the flagship chipset, but there's an 8MP camera on the front. The 5.5-inch QHD display scores points for the G4, but the larger, thicker, and heavier body doesn't.

The HTC One M9 is another cautious upgrade that snubs the QHD trend. With the hardware being very similar, the design is the most likely decider. The One M9 has kept the metal unibody, synonymous with the HTC flagship lineup, and appeals with its cold beauty. Music also sounds noticeably deeper and nicer through its stereo speakers. Again though, it's the Xperia Z3+ that will remain unhurt if submerged in water.

The Xperia Z3+ splits the gap between the Apple iPhone 6 and 6 Plus. The Plus model is quite larger than the Z3+, more so than the 0.3-inch difference in display diagonal would suggest. Then again the 4.7-inch model is a lot smaller and has lower screen resolution. Whichever size you choose, if you go the Apple way, you'll be denied 2160p recording at this time, and the front camera is only 1.2MP. And did we mention the lack of IP certification, already?

Z-series owners will be asking whether there's enough in the Z3+ to justify the upgrade, while others may decide that now is the best time to go for an Xperia Z3. Whether you're coming from a Z2 or Z3, the Z3+ will bring a boost in performance. The Z2 proved significantly dimmer than the other two, so if you're after a bright display, the step up will deliver. There's not much that the Z3+ has on the Z3 in this respect though.

Selfie fans will appreciate the 5.1MP camera on the Z3+, the Z3 is stuck in olden days with its 2MP, and so is the Z2. The Z3+ is tangibly lighter than the Z3, despite the mere 8g of difference, and the 19g that separate the Z3+ and Z2 may mean the world to some.

Viewed on its own, the Sony Xperia Z3+ is a proper flagship with all the trimmings. Next to the Xperia Z3, it's just a facelift. Perhaps Sony is ahead of us on this one, and will deliver the Xperia Z4 later this year. If this happens, the Z3+ will be reduced to a mere seat warmer. Should Sony decide to wait, the "plus" will suffice like it has for Apple, more than once. To be fair though, the question for Sony must be "when" rather than "if". But we're sure they've got it all figured out. For now, the Xperia Z3+ shapes up to be a great all-rounder and we can't wait to get a retail unit and put it through its paces.