Nokia 2.2's unlikely reign in our trending chart ended quickly with another freshly announced phone replacing it at the top. The Xiaomi Mi 9T has a lot going for it so it's no wonder it got the attention of most of you this week.

With all the changes at the front the one constant on the podium is the Samsung Galaxy A50, which this week takes second place. Behind it the Galaxy Note10 Pro, which is still months away from an announcement but a couple of major leaks boosted its popularity early on.

Xiaomi Redmi K20 Pro missed on a global launch and dropped to fourth as a result. Another one to lose ground is the Samsung Galaxy A70 in fifth, while the Galaxy M40 was unable to use its market launch to move up from sixth. Perhaps the highest-standing M-series member is just pushing beyond what its series was meant to provide, but it's too early to tell.

The Redmi Note 7 is now down to seventh, ahead of last week's leader - the ultra-affordable Nokia 2.2.

In the final two spots we see two more members of the Samsung Galaxy A-series - the A30 ahead of the A20. That makes it 6 phones from the Korean manufacturer among the top 10 in what can only be seen as a runaway success.

The ones to drop out are the OnePlus 7 Pro, the and the Samsung Galaxy A80, which aren't far from the last spots and might make a return in the not too distant future. The Redmi K20 is off too, but since its international version is actually topping the chart it's not a bad sign for the phone itself. 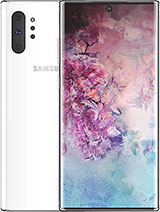 What happened to the coming 7 inch phablet and max version market now? Because of... US ban, foldable phone category, people find it too big, restricted category or is it replaced to small tablets only?

I can see it too. Hmm. Not sure how this chart is made.