Valve has just posted a video to its YouTube channel of its upcoming Steam Deck being partially disassembled. Valve is the company behind Steam, a popular online PC game store. The Steam Deck is a handheld PC designed to mimic the form factor of the Nintendo Switch so that PC games from Steam can be played portably.

The Steam Deck that appears in the video is still a prototype and the host notes that the final layout of the internal components and design may change.

Valve starts off by saying that while the Steam Deck could be taken apart by anyone, it really does not recommend that anyone takes it apart. The host expresses that the battery could ignite, or a static discharge from the user could cause components to fail. 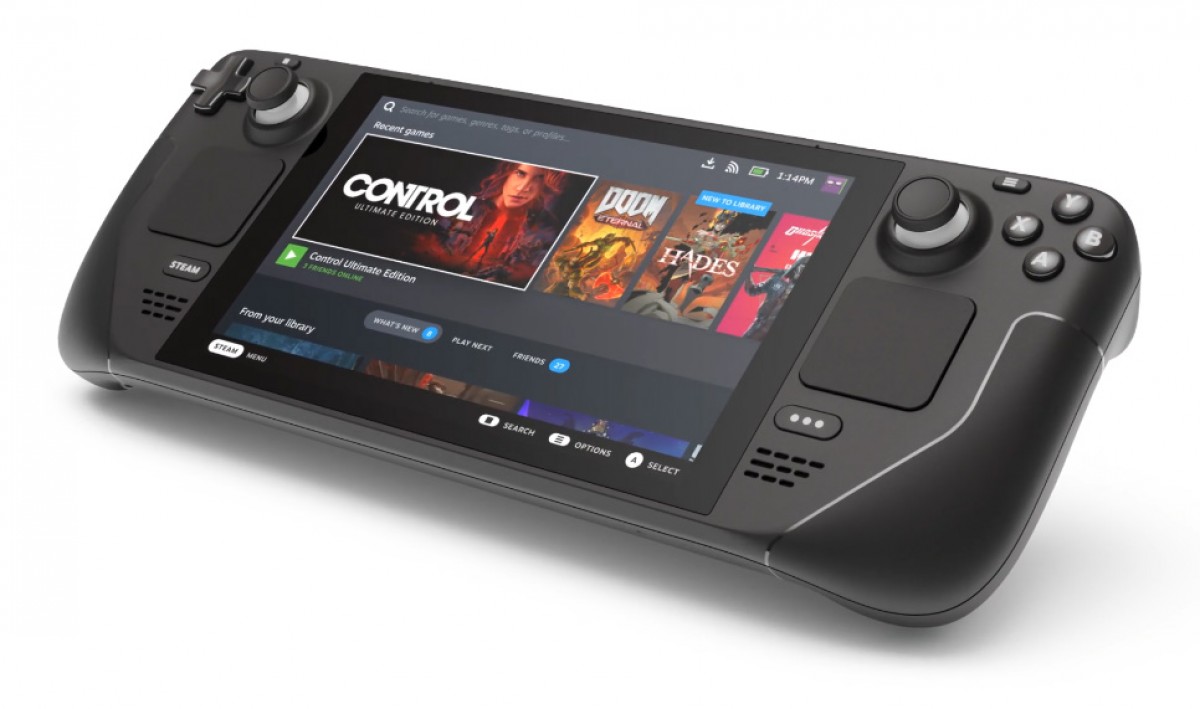 The video briefly explains how easy it can be to replace a thumbstick. Valve notes that these thumbsticks are custom made for the Steam Deck and parts will become available "in the coming months". The host also explains how to replace the M.2 SSD. The host also noted that this SSD is chosen specifically for the Steam Deck and that users shouldn't try to upgrade them because they may not fit properly, and/or they may cause interference with the Wi-Fi connection.

The Steam Deck went up for pre-order back in July with the first wave of units expected to arrive to customers in December. The Steam Deck is a handheld PC used for playing video games in a portable form factor. It starts at $399 for 64GB of internal storage, expandable via microSD card.

The Valve Steam Deck is powered by the AMD Zen 2 + RDNA 2 APU and paired with 16GB of RAM. It can be configured with up to 512GB of internal storage, and it's built-in 7-inch screen has a resolution of 1280 x 800 px. There's also support for Bluetooth, USB-C, and a 3.5mm headphone jack.

That is NORMALLY true, but I think Halo MCC tries to compensate for the fact that people use controllers, so no matter what I'd do while playing on mouse and keyboard, I'd move around dog slow, sower than with a controller even. It also doe...

Why would you do that? I believe that everyone who is interested in this device has a decent PC.