We know Black Shark will soon unveil the Black Shark 4 as the company has already kicked off its teaser campaign. And while we don't have an announcement date yet, the Black Shark 4 has been certified by China's TENAA, moving it a step closer to the launch.

The TENAA listing of Black Shark 4 sporting model code SHARK KSR-A0 reveals the smartphone will run Android 11 and pack a 6.67" screen, which according to Google Play Console, has a 2400x1080-pixel resolution. 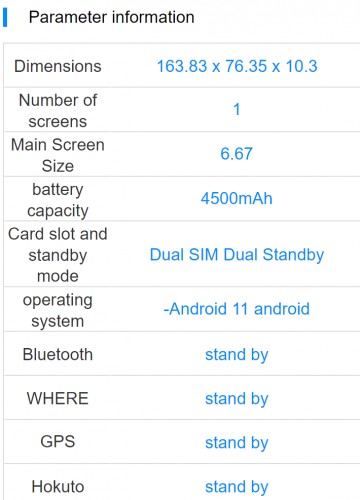 The Chinese certifying authority also lists the battery with a 4,500 mAh capacity, but that's hardly a surprise since Black Shark already confirmed that Black Shark 4 will pack a 4,500 mAh cell with 120W charging.

TENAA also revealed that Black Shark 4 will be 10.3mm thick and support 5G networks. It doesn't include any other specs of the Black Shark 4, but thanks to Google Play Console, we know it will have 8GB RAM onboard, with the AnTuTu score suggesting a Snapdragon 888 SoC at the helm.