Xiaomi is working on its Mi 10 flagship lineup and it looks like at least one of its members is approaching a market launch. Today, a well-trusted leakster posted a photo of the back of a phone with four vertical shooters, claiming it is the Mi 10.

The photo was complementing another post, revealing the upcoming smartphone reached over 560,000 on AnTuTu thanks to its Snapdragon 865 chipset and Adreno 650 GPU. 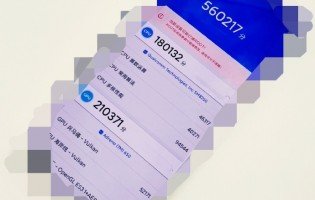 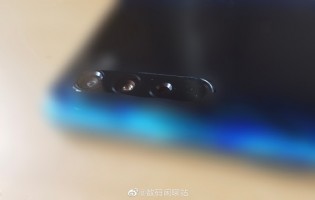 The benchmark is the first to go above the 500,000 threshold. It is 15% more than the best-performing Androids in the market based on the Snapdragon 855+. Sadly the benchmark scorecard stops short of revealing any other specs.

We expect the phone to see a 64MP shooter in the vanilla phone, while the Pro variant might sport the 108 MP sensor that is already available in the Mi Note 10. If you are wondering whether you need such a camera or not, worry no more - we’ve done the research for you.

I'm sure Samsung will keep doing their oversharpening crap like always, even with the HMX. But hey, if they don't then i'll be pleasantly surprised.