A 13MP snapper with a true-tone dual-LED flash

Xiaomi Mi 4s features a 13MP camera, equipped with a dual-LED dual-tone flash. The setup is the same as on the Mi 4c, which offered great photos by the way, so we started this section of the review with high hopes for the Mi4s. 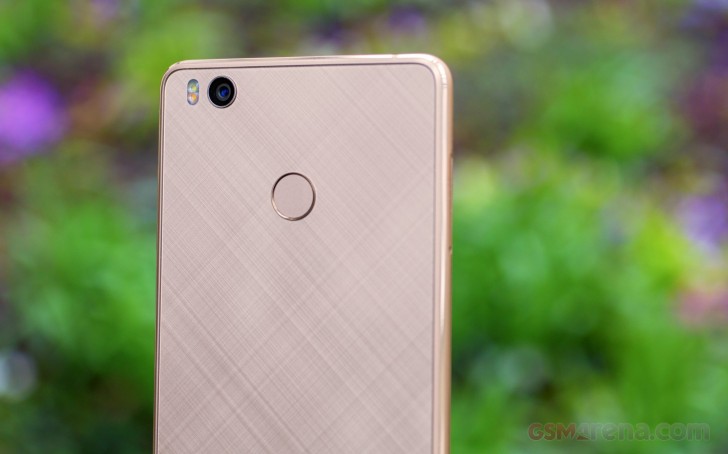 The camera interface is fairly simple and features toggles for the HDR mode, the flash and the video camera.

It has three panes - the default one shows the viewfinder with a virtual shutter, flash trigger and front camera key. A pull down from the top of the screen gets you a choice of 12 filters with live previews. A slide from the bottom displays the advanced modes such as Panorama, Virtual Horizon, Beautify, Timer, Tilt Shift, and Manual as well as the camera settings.

Additionally, the Face Detection switch is within the additional settings, as well as the option for adding time stamps to the images, scanning QR barcodes, and adjusting the camera processing parameters such as Contrast, Saturation and Sharpness.

When it comes to image quality, the Xiaomi Mi 4s doesn't live up to the legacy of its predecessor, the Mi 4c. The photos are nice and have a similarly mature processing but, this time around, the produced shots are not as eye-pleasing at the default camera settings. The chosen contrast and saturation are not as nice as on the Mi 4c. Even the level of resolved detail in the center is not on the same high level. The corners are quite soft and lacking in detail. Overall, the Mi 4s camera is nice, but the Mi 4c has just set the bar way too high.

The HDR mode is conservative enough and rescues both the highlights and shadows while producing a natural looking image. Those aren't the best HDR photos we've seen, as they lose some of the sharpness, but they certainly are among the better ones, especially if you are going to use them downsized.

You can capture both landscape and portrait panoramic photos with an 180-degree field of view. Shooting them is easy, but the result is unimpressive - the resolution is about 3200x1240px, and the image quality is slightly above average - there is enough detail, no poor stitching and accurate colors. The dynamic range could have been better, though.

Xiaomi Mi 4s features a 5MP front-facing camera for high-res selfies. The images come out very soft with slightly below average detail, but will do for Facebook or similar social networks.

The Xiaomi Mi 4s, even though it fails around the corners, is still quite a capable shooter, and our picture comparison tool will help you see it.

Xiaomi Mi 4s camcorder has the same UI as the still camera. It supports slow-mo (the result is a 720p@30fps video) and time-lapse videos with customizable snapping interval.

The Xiaomi Mi 4s is capable or recording up to 1080p@30fps. The bitrate of the video recordings is poor at about 15 Mbps while audio is captured at 96 Kbps with 2 channels (stereo).

Video quality can perhaps be best described as average. The colors are somewhat muted, but the contrast and the smoothness are fine. The dynamic range is about average. The captured audio, just like with the Mi 5 videos, is awful, and Xiaomi needs to improve this quickly.

And here is a 1080p video we've uploaded on YouTube.

You can also download the 1080p video sample taken straight from the Xiaomi Mi 4s.

Here the Xiaomi Mi 4s enters our video comparison tool. There are plenty of 1080p camcorders you can compare it to. It resolves an average level of detail, but contrast and colors are good.