As expected, Xiaomi unveiled more than one smartphone on its event today but no one saw three devices coming at once - after the Mi 8 and Mi 8 Explorer Edition the company introduced the Mi 8 SE (Special Edition). Despite the name, it's actually a toned-down Mi 8 with a mid-range price and slightly downgraded hardware. On the positive side, the chassis still features high-quality materials like an aluminum side frame and glass back, so it offers the best value of all three. 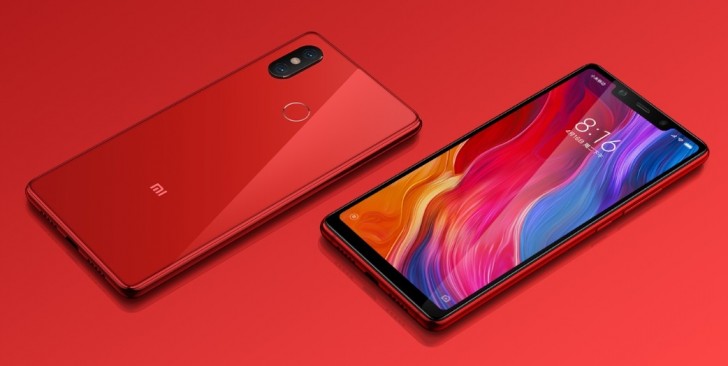 The Xiaomi Mi 8 SE features a 5.88" Super AMOLED display with FHD+ (1080x2244) resolution. The aspect ratio is 18.7:9. And unfortunately for some, the notch is here to stay, although the Mi 8 SE doesn't have the fancy tech for 3D Face ID feature that the standard Mi 8 has. You have to rely on the fingerprint sensor placed on the back for your biometric security.

The screen also boasts an 86.12% front coverage thanks to the skinny side bezels and the fairly small chin at the bottom. The company claims that the Mi 8 SE is just as big as a standard 5.2-inch phone. DCI-P3 color gamut support is another noticeable feature but more importantly, the panel is capable of 600 nits peak brightness for better outdoor visibility.

At the heart of the Mi 8 SE is the recently announced Snapdragon 710 that's built on the 10nm node with emphasis on AR and AI. It packs an octa-core Kryo 360 CPU clocked at 2.2 GHz and an Adreno 616 GPU.

According to Xiaomi, this should account for 20% better overall performance compared to the Snapdragon 660 in various tasks like web browsing and opening apps while delivering 40% lower power consumption when playing games or during 4K video playback.

The Antutu benchmark score is 174,333 and just crushes the similarly-priced vivo X21 and Oppo R15 Pro. Anyway, the chip is paired with 4GB of RAM and 64GB of internal storage with the more expensive version offering a 6GB + 64GB memory configuration.

On the camera front, we have a 20MP front-facing sensor with large 2µm pixels for better low-light selfies. On the back, we have a 12MP main sensor plus a 5MP secondary unit for depth information. The usual AI enhancements are in place - beautification, bokeh and scene recognition. 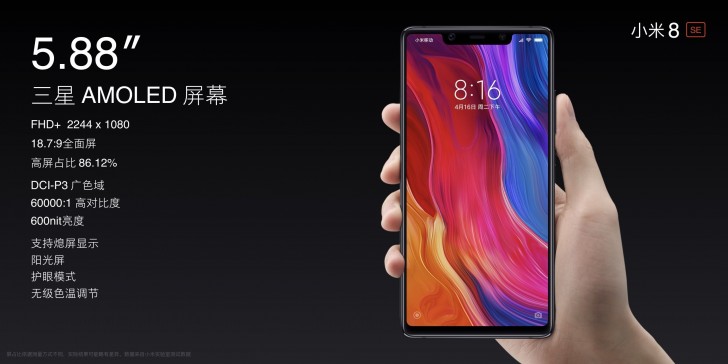 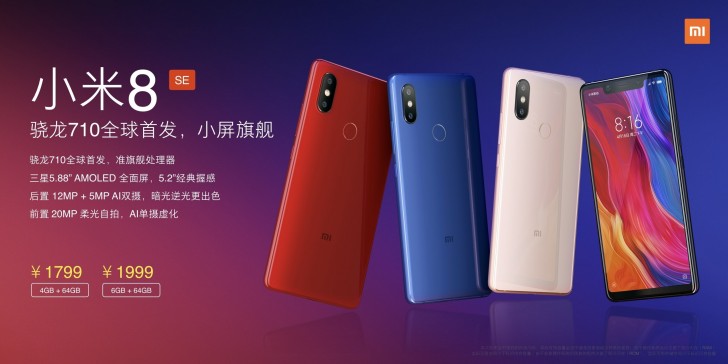 Hi, I have the mi-8 lite (64 gb onboard storage) The dual sim card tray allows me to use my 32 gb sd chip. It is not perfect however as some apps can access the data easily some do not be able to. I have no idea why this is so. I did get a ...

"we have a 20MP front-facing sensor with large 2µm pixels for better low-light selfies." 20MP at 2µm pixel size and it would be a monstrous sensor, never fit on a phone for a front cam. Actually, Mi 8 SE's front cam is powered b...