After numerous rumors, leaks, and teasers, the Xiaomi Mi Mix 3 is finally official. The new flagship comes with a magnetic slider for its selfie camera, flagship internals and quartet of cameras - two on each side. The Xiaomi Mi Mix 3 is built around a 6.4” AMOLED screen and the company claims a massive 93.4% screen-to-body ratio and Full HD+ resolution. The rear part is mounted on a magnetic slider that reveals a 24 MP + 2 MP front combo when slid out. The main sensor here is the Sony IMX576, which the company claims can achieve 1.8µm pixel size by 4-pixel binning in low-light environments. Its resolution is effectively reduced to 6MP in those conditions though. On the inside you get a Snapdragon 845, coupled with 6GB, 8GB or 10GB of RAM and 128GB or 256GB storage. There's no card slot for memory expansion though, nor a 3.5 mm audio jack. You do get fast wired charging through the USB-C port as well as decent 10W wireless charging. 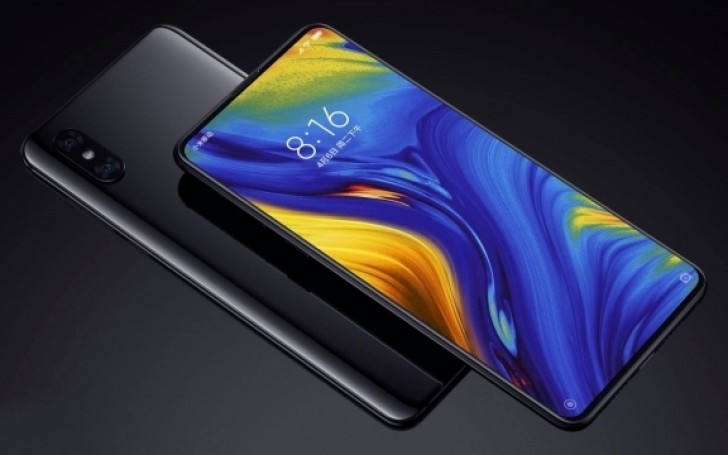 The Mi Mix 3 will also get a 5G version, although that's only coming in Q1 of 2019. Xiaomi did confirm Europe will receive it, but hasn't mentioned any other markets yet. 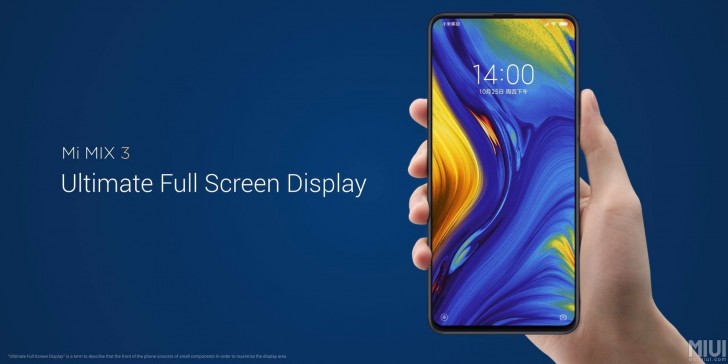 The Xiaomi Mi Mix 3 arrives with MIUI 10 out of the box and will sport a hardware button on the left side for the Xiao AI assistant. It only speaks Chinese, though, so it's not going to be available outside China, which raises the question of what the button will do there.

Sliding the phone does plenty of things

The 10GB RAM variant is called Forbidden City and comes in a different hue of Blue. It will come with a gold-plated statue of a mythical Chinese creature in the box and will cost CNY4,999 ($720/€630).

Pre-order begins today for the regular variants, with actual sales kicking in a week - November 1. The fancy Forbidden City edition will be available towards the end of November.

Apple holds no patent over the notch design, and they weren't even the first one to come up with the design idea. It may be similar to Apple, or even the same, but who cares? Both companies further the industry, and you don't see others complain...

BLOODY YES !! THE BACK OF XIAOMI MI MIX 3 IS 1:1 COPY OF IPHONE X-the first mobile with this design on the back.. And there is no notch because it has a slider. But look how many Xiaomi have notch. All Xiaomi brand is a copy of Apple.

How the hell is it a copy of the iphone? Because the camera modules look the same?? No notch,has a slider and is half the price