Xiaomi is outing the Mi CC9 Pro/Mi Note 10 next Tuesday, and the phone will be accompanied on stage by a Mi Watch and a new Mi TV 5. We learned the key specs of the phone earlier today, but the company also lifted the curtain a little bit to show more of the upcoming gadgets.

The wearable will look a lot like the Apple Watch with its square screen and one button on the upper right side, while the TV is advertised with NTSC at 108% and 4K quantum-dot technology. 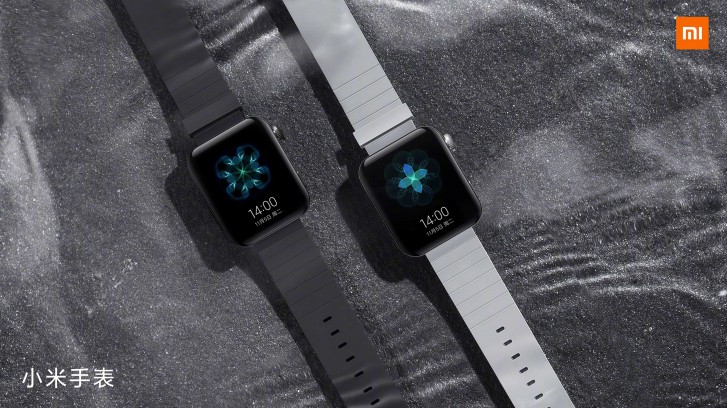 The NTSC color gamut (not to be confused with the TV standard) is developed for the range of colors that the human eye can see. 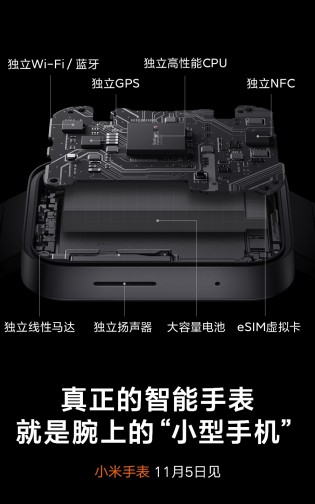 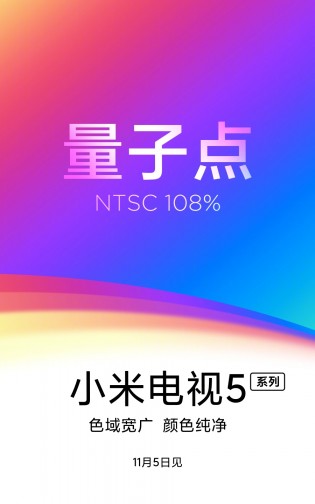 Teasers about the Mi Watch and Mi TV 5

Looking back at the Mi Watch, the company CEO called it “a smartphone for your wrist”, since it will have Wi-Fi, GPS, NFC, proper Qualcomm chipset - everything you would expect from such a wearable. The excitement in the company comes from the fact that this is the first time Xiaomi is launching a smartwatch under its Mi brand.

Arriving in Black or Silver, the device should be a more affordable solution than what Apple is currently selling for $399. There are seven more days until the products are launched, so we expect more details to follow soon.

precisely why I settled for a MiBand4 instead of a smartwatch

Cellular and battery life? Those things doesn't go well together. Cellular is one of the biggest battery draw in any watches