Xiaomi has been doling out info about the Mix 2s, building up to the March 27 unveiling. The latest is two images of clapping hands, with vague text teasing new camera features.

An earlier hand-based teaser was for the Snapdragon 845, could the two be related? The chipset supports AI camera enhancements (there’s a teaser image for that as well), though clapping suggests speed. Maybe 4K at 60fps is considered fast or (more likely) the 720p at 480fps slow-mo feature. 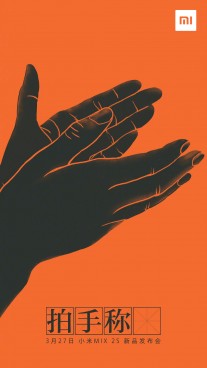 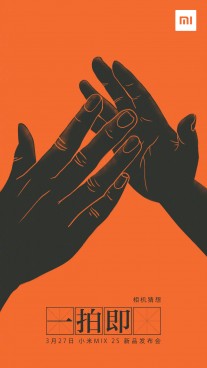 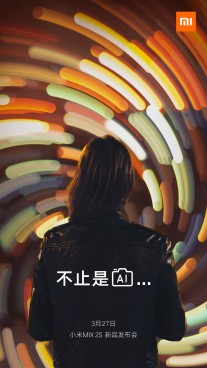 Clap for the AI-powered camera of the Xiaomi Mi 2s

Or maybe it’s about the speed of the autofocus? A leaked ROM suggested that the Xiaomi Mi Mix 2s will use an IMX363 image sensor. That sensor is used in the Zenfone 5z, it has 12MP resolution (1/2.55” size, 1.4µm pixels) and phase detection AF (not to be confused with IMX362, which has Dual Pixel AF). We’ll need more clues, Xiaomi.

Nothing to complain about with my Mi6 camera i am getting some great shots from it.

The only it missing is the IR.

Pffffff please, Elvis was a reptilian illuminati, why would be lunching with martians? martian food is poison to reptilians, get your facts straight!!