Amazfit T-Rex Pro in for review

Huami unveiled the Amazfit T-Rex rugged smartwatch earlier last year, and a couple of days ago, the company followed it up with a Pro version. We now have the Amazfit T-Rex Pro with us and while we are subjecting it to our testing procedures, let's take a quick look at what Amazfit's latest smartwatch has to offer. 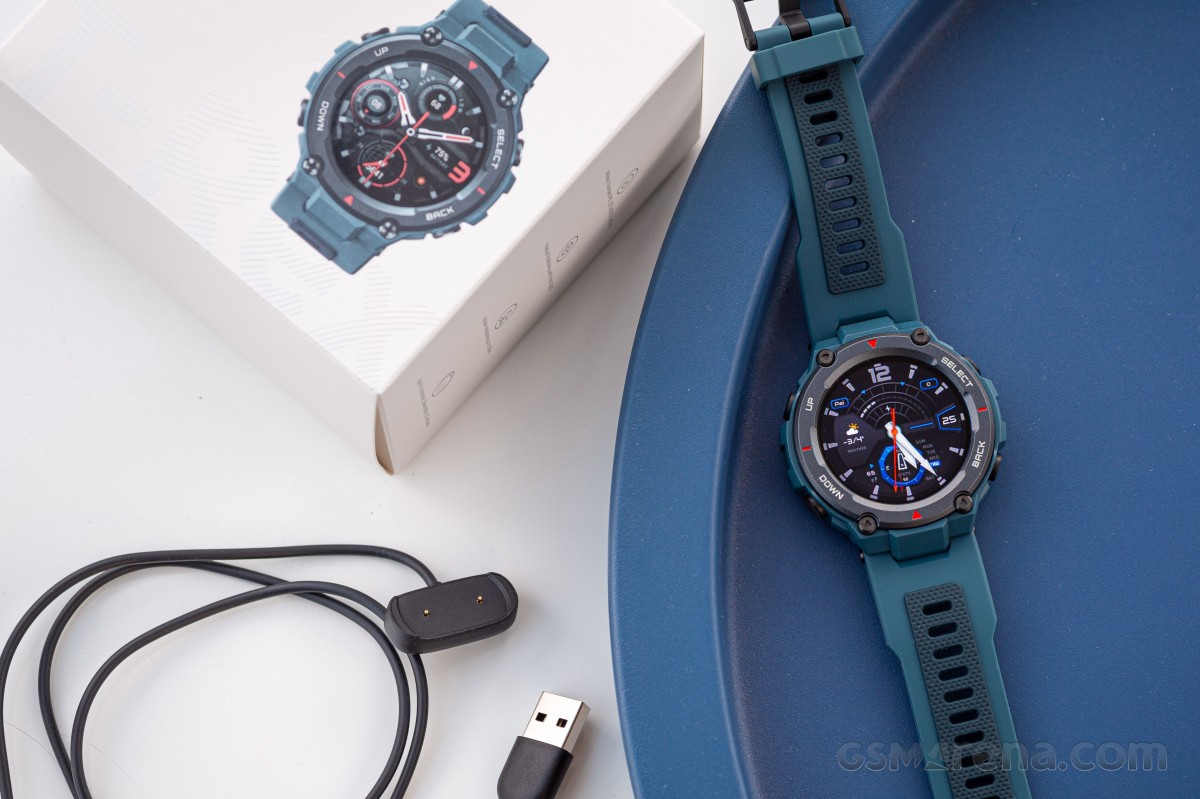 The Amazfit T-Rex Pro sports a 1.3" AMOLED touchscreen of 360x360-pixel resolution with the Always-On Display functionality. It comes with the auto-brightness feature and has a nice touch response. The smartwatch's bulky design may lead one to believe it is heavy, but it feels lighter than expected, and we got used to it soon. 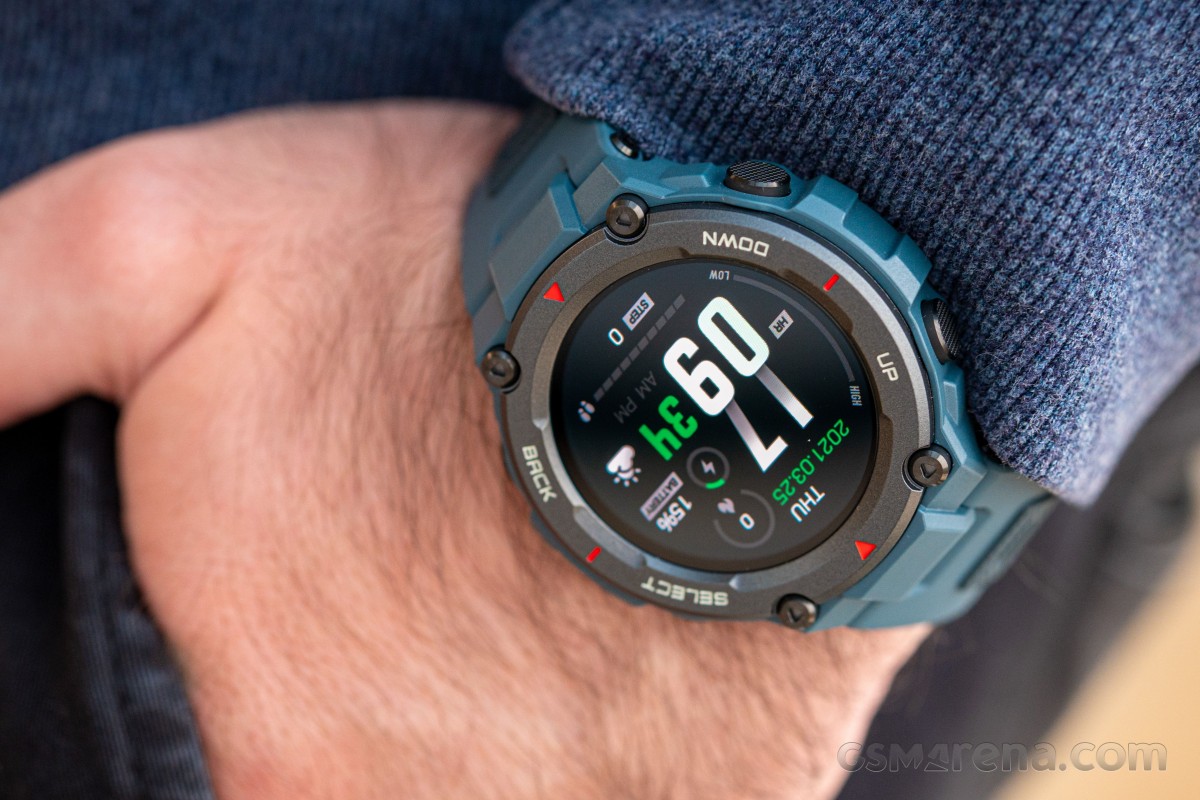 The T-Rex Pro weighs 59.4 grams with silicone straps, which have a two-color design and enough ventilation holes. The casing is made of polycarbonate, while the four physical buttons on the left and right sides are made of metal and have a textured finish. 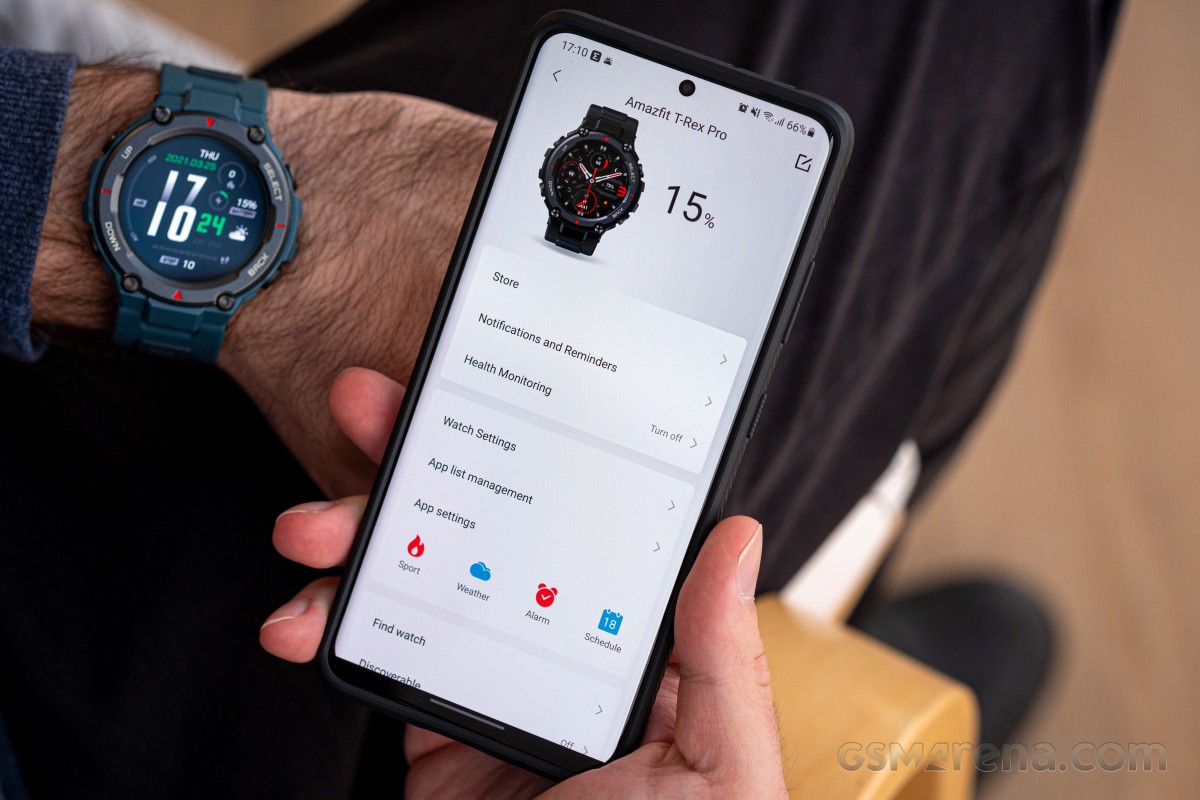 Being a rugged smartwatch, the Amazfit T-Rex Pro predictably comes with MIL-STD-810G certifications, which should help it get through hot deserts, humid rainforests, and polar glaciers. It also supports GPS, GLONASS, Galileo, and BeiDou satellite positioning to help you track your workout routes accurately. 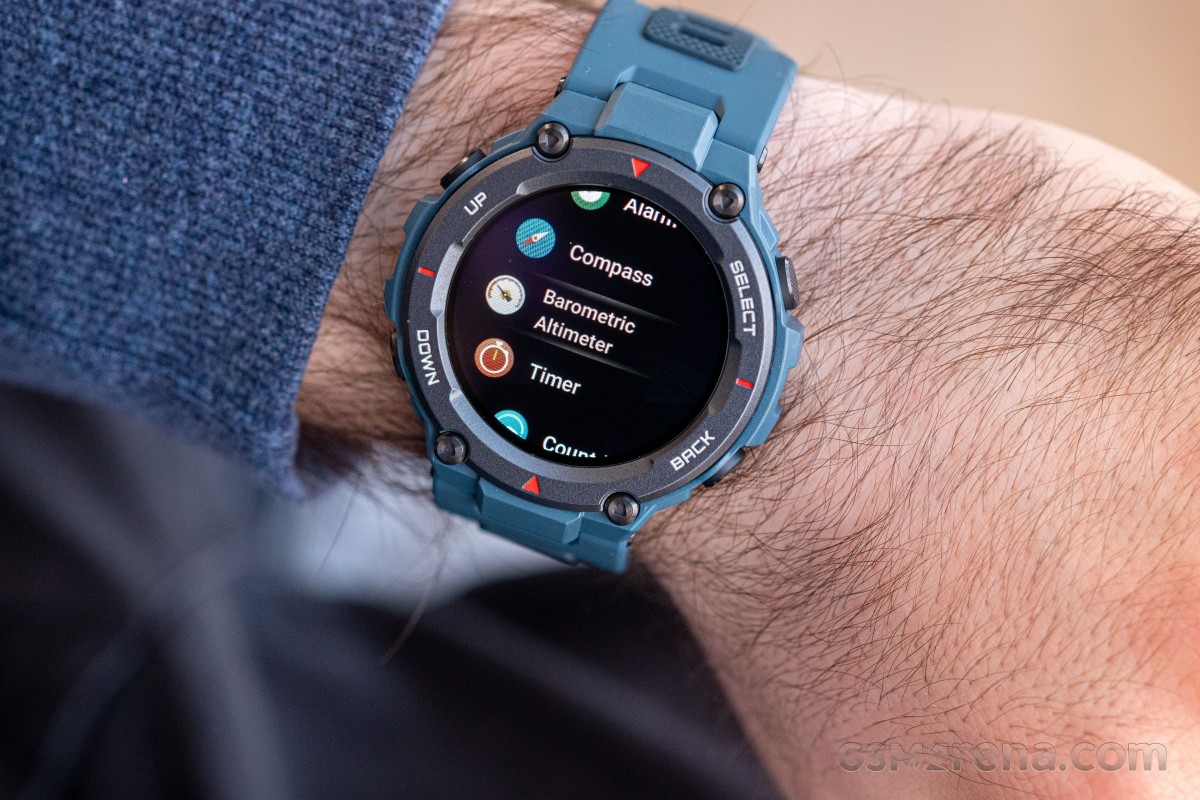 Additionally, the Amazfit T-Rex Pro has some health and fitness features up its sleeve, including heart rate and blood oxygen level measurement, sleep tracking, and support for over 100 sports modes. The smartwatch is also water-resistant up to 100 meters and can track your swimming performance.

The T-Rex Pro runs the company's custom OS and is one of the smoothest smartwatches we've used in the past year. You can pair it with any device running Android 5.0 or iOS 10.0 and above. 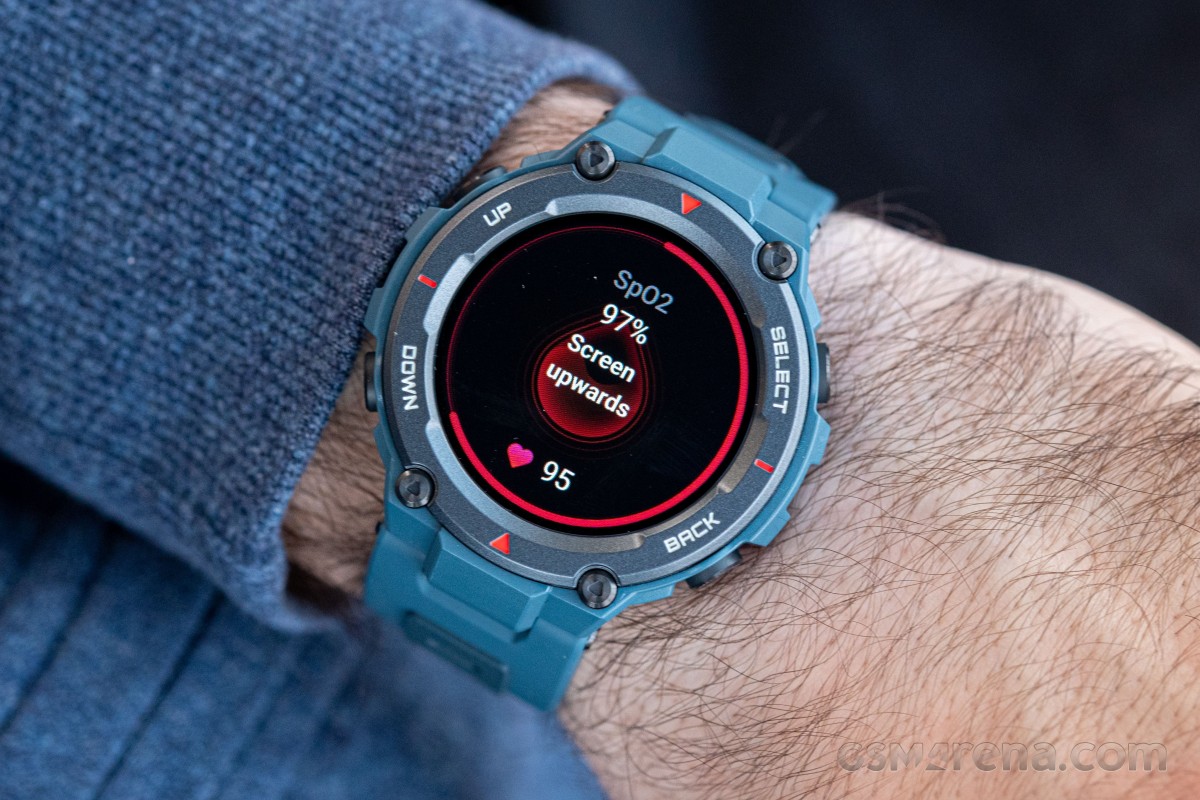 The T-Rex Pro has three color options - Desert Grey, Meteorite Black, and Steel Blue. And keeping the entire package up and running is a 390 mAh battery claimed to offer up to 18 days of endurance in typical usage. We'll obviously test that claim in our full review along with the rest of the T-Rex Pro's features, so stick around. 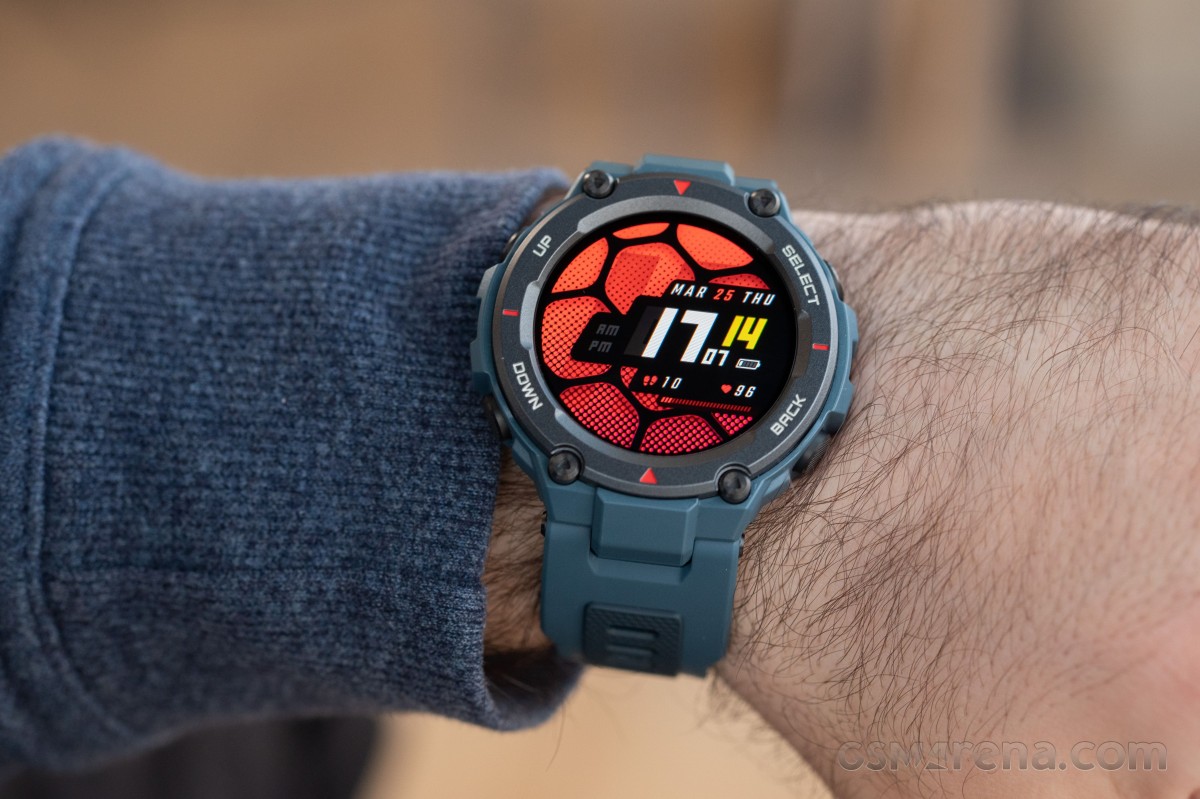 Proprietary OS. It's their custom os.

I was complaining about not working ski tracking, months ago. Still not solved. Also it has a lot of bugs. Amazit t rex.