We knew it was coming, and today, Google has announced that its official SMS/messaging app Messages is now available on the web. The company says it was one of the top requested features by users.

"Today and over the next week, we’ll begin rolling out Messages for web, one of our top-requested features that lets you send and receive texts from your computer," the company said in a blog post.

To access the web interface, all you need to do is to select the "Messages for web" option in the menu of your Messages mobile app, following which you'll need to scan a QR code, and that's it. Google says the web version allows you to send stickers, emoji, and attach images in addition to sending text.

In addition to the web version, Google also announced a handful of other new Android Messages features, including link previews, smart replies, and ability to copy OTPs and search GIFs. 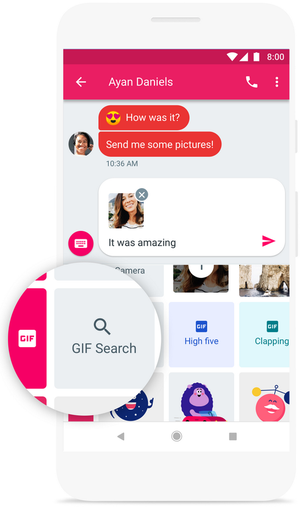 I just tried it. It seemed alright at first, but then I realized that it syncs with my phone and it doesn't work without it. I turned off my phone and no dice. Absolutely useless, IMO. If I have my phone next to me, why would I want to go throug...

Google uses your online behaviour data to create your digital profile, and then it uses a range of psychological, visual, and audio tactics in order to persuade you and make you buy certain products, subscribe to certain services, read certain news, ...

But Google uses what they collect to sell to advertisers. Apple doesn't do it, and neither does MS as far as I know.