Apple's iPhone 7 Plus brings a solid hardware upgrade over its predecessor but fails to impress with substantial improvements in design or looks. Is that an issue? It depends on how you look at it. The iPhones have always had nice designs that age well, and we've already gotten well used to the extra bezels around the display. But the counter argument that is also true - the manufacturers in similar or lower price points are pushing the envelope of what a regular smartphone can look like. In comparison, Apple doesn't seem to put much effort for such an expensive product.

But the relatively unchanged looks of the iPhone 7 Plus are deceptive as there is a lot going on under the hood. The phablet is powered by the most powerful and efficient chipset on the market. It is also the first to offer secondary telephoto lens. It's also the first iPhone to come with dust and water resistance, stereo speakers, and a touch Home button. 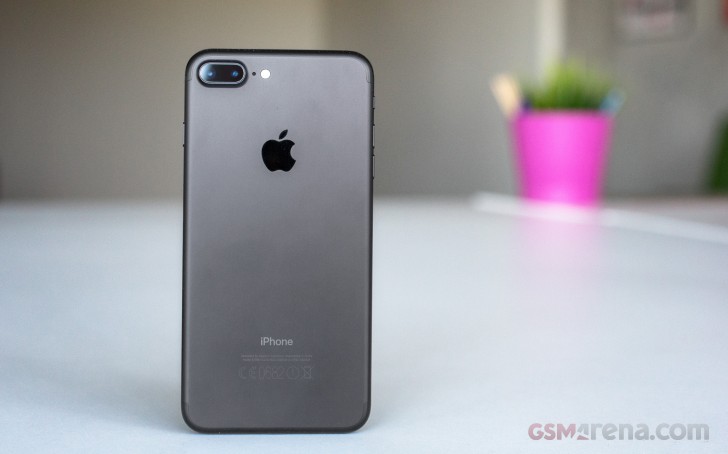 The new storage options are also a long awaited and highly anticipated update.

It's not all bells and whistles, though. The infamous Error 53 might be fixed with the new touch-sensitive Home key, but the tactile response doesn't feel natural when the iPhone is resting on a flat surface. And let's not forget it is unusable with gloves altogether.

There is also the issue with the retirement of the analog audio port, a move which disturbed even the most brand-loyal users. Yes, there is an adapter in the box, and maybe the Lightning headphones will flourish in the next couple of months, but a drastic change like this is as controversial as it can get.

Even without Galaxy Note7 pressuring the iPhone 7 Plus, there are enough phablets to keep an eye for. The 5.5-inch segment is getting increasingly popular and almost every brand has at least one or two contenders in the category.

LG V20 was launched just recently, and while many are putting its looks under question, the shock-proof phablet is shaping up as one of the best phablets to date. The V20 has a high-end Quad HD IPS display complimented by a secondary always-on screen, a fast Snapdragon 820 chip with 4GB RAM, and the same dual-camera setup introduced with the LG G5 a while back (ultra wide angle + regular).

The Huawei P9 Plus is another great smartphone and among the first to spark the rekindling of the dual-camera trend. It has a 5.5" AMOLED screen, great aluminum unibody, fast processor, and loud stereo speakers. But the P9 Plus highlight is the Leica-powered camera with one regular 12MP and one monochrome 12MP snapper. The B&W shots are stunning, and the simulated bokeh effects are close to iPhone 7 Plus Portrait samples. The phone also offers a pressure-sensitive Press Touch display, something reserved for the iPhones up until recently.

Speaking of Force Touch screens, the Meizu Pro 6 was probably the first Android smartphone to offer it to the masses. The Pro 6 was also the first to refine the antenna bands and make them flow around the phone's curves. Granted, it isn't as powerful or as capable as the iPhone 7 Plus, but it looks equally good and runs on Android if you prefer Google's OS. 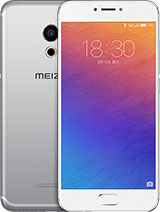 Xiaomi Mi 5s Plus powered by MIUI 8 is way cheaper and yet equally intriguing. The new phablet features a 5.7" IPS screen with 1080p resolution, runs on the brand-new Snapdragon 821 chip with 4 or 6 GB RAM, and comes with... a dual-camera setup (you can probably already spot the trend there). Just like the P9 Plus, the Mi 5s Plus has a regular 12MP snapper and a monochrome 12MP camera. There is also a 4MP UltraPixel selfie camera, which is one of our favorites for selfie photography.

Samsung Galaxy S7 edge is being massively produced to replace the discontinued Galaxy Note7, and you may want to give it a try. It's a great looking curved smartphone, with an excellent 12MP camera, superb performance and has one of the best screens to date - a 5.5" Super AMOLED unit of 1440p resolution. With Samsung focusing exclusively on its flagship you can be sure there is nothing but good in its future. 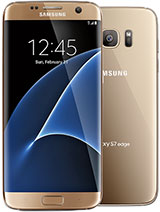 You can also get much cheaper flagships running pure Android (OnePlus 3) or Windows 10 (Microsoft Lumia 950 XL) if you are after value for money.

Apple's iPhone 7 Plus is a best-seller that doesn't even need an advertisement. Nearly a month after its launch, the Plus is a tough one to find on the market, and some of the orders are yet to arrive.

Apple made sure it has put enough novelties to make it an attractive purchase and a worthy upgrade. The lines of people and the depleted stock prove that. People are buying the Plus model, lots of people are opting for the new iPhone upgrade program, too. And in the wake of the Note7 fiasco, many people are choosing Apple over Samsung once they return their dangerous Notes.

The future seems bright for the new iPhones and Apple has nothing to worry about. Next year is iPhone's tenth anniversary, so we are sure we'll be treated to yet another pair of competition crushing smartphones. Until then, the iPhone 7 Plus is the best iPhone yet. Time for an upgrade?