The Asus PadFone X is one of the best-rounded high-end propositions available in the Android realm at the moment. It skillfully blends a powerful chipset, a good display, and a capable camera into a solidly built package, thus offering a mighty good alternative to the established players on the US market. 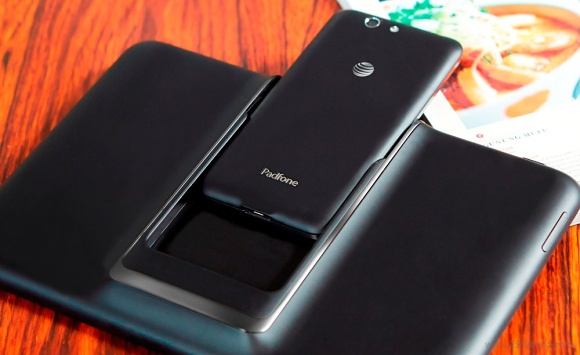 The device surely is a welcome sight on the busy smartphone field in the United States by offering a combination of talents which none of its direct competitors can exactly match. Having a PadFone device offered by a major carrier such as AT&T ends years of anticipation and overpaying for grey imports to online retailers. It also gives Asus access to the vast, highly lucrative US smartphone market.

The bundled tablet dock is what truly differentiates the Asus PadFone X from its competitors. It turns the device into a powerful multimedia tool in an instant. The optional keyboard dock on the other hand (another Asus specialty), elevates the entire setup into a serious office tool while away from a desktop PC.

The rest of the device's hardware isn't too shabby either. The Snapdragon 800 chipset and the 5" 1080p IPS+ display, while not exactly cutting edge by today's standards, offer stellar performance across the board and will surely hold up well through a standard 2-year upgrade cycle.

What really caught us by surprise was the feature set and the performance of the device's 13MP camera of the PadFone X. The snapper boasts an impressively rich set of controls that few Android competitors offer at the moment. The 4K video recording is a nice addition too - we were actually surprised about how quiet Asus is about its presence.

One area where the Asus PadFone X falls short is its design. Both the handset and its tablet dock look plain dull when compared to the rest of the high-end Android establishment. Considering that Android OEMs essentially have access to the same hardware, we were surprised that Asus took the design side of things when developing the PadFone X so lightly. We believe that the tablet dock functionality might have stood in the way of more design flare.

The tablet setup is far from perfect too. The docking station is heavy and offers a large footprint for a 9" device due to its large screen bezels. We can't be too picky on this instance though - the tablet dock is bundled with the smartphone for free after all.

AT&T has priced the PadFone X at $199.99 with a two-year contract and $549.99 with no commitment. Like we mentioned to you already, the tablet dock is included in the package. The optional keyboard dock is priced at $99.99.

As always, we took a look at the available alternatives to the Asus PadFone X. Here's what else you can pick up at moment with similar budget.

LG G3 is the best-equipped Android smartphone available in the United States at the moment. The Korean offering with 2K display tops the Asus PadFone X on all departments hardware-wise, but cannot transform into a tablet and its battery life is less impressive. LG G3 is priced at $199.99 with a two-year contract.

Samsung Galaxy S5 is another attractive alternative from the top echelons of the Android hierarchy. Tablet functionality aside, the latest Galaxy S member offers more than the PadFone X on all instances. The Galaxy S5 can be picked up for $99.99 on a contract.

HTC One (M8) is as gorgeous as it is capable. However, its 4MP camera is nowhere near as good as that of the Asus PadFone X. The metal-clad handset is also missing the additional tablet functionality of the PadFone X. Like the Galaxy S5, the HTC One (M8) can be found for less than $199.99 these days.

After spending enough time pondering over the good and the bad about the Asus PadFone X, we realized that the hybrid device could well be the ultimate Android offering for user seeking the most value for their money. The gadget does everything a flagship device is expected to do, but with the added benefit of full-sized tablet functionality. It deserves a spot on the shopping list of anyone who wants top-notch hardware in a phone and tablet, but can't stretch his/her budget for two standalone devices.

A proper marketing budget will likely be the key to the device's success in the United States. We really hope that the PadFone X gets the necessary attention - it certainly has everything it takes to match the expectations.