The Asus ROG Phone II is coming next week and appeared on TENAA yesterday with its images and a few specs. Now the listing has been updated to paint a complete picture.

The images included in the TENAA listing reveal that the phone's design will be very similar to its predecessor - the original ROG Phone. However, the old one had a fingerprint scanner on its back, which is not present here, implying that it's embedded in the 120Hz OLED screen. 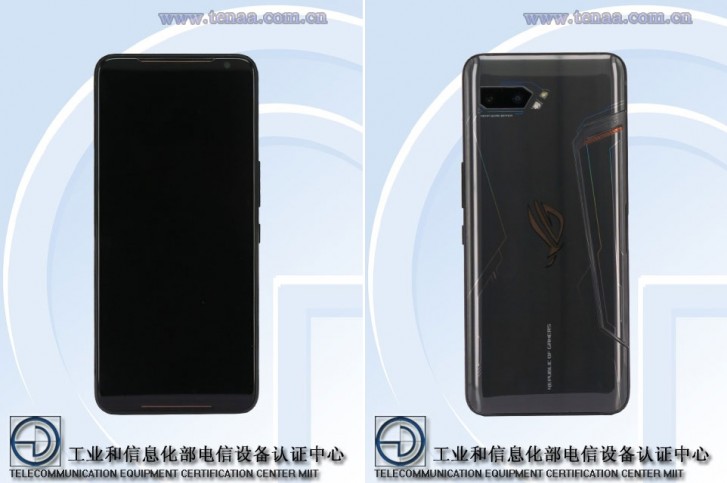 The ROG Phone II will sport a 24MP selfie camera on the front and boast a dual camera setup at the back with a 48MP main sensor. Resolution of the secondary camera in the setup is currently unknown, though.

Lastly, the ROG Phone II will ship with a massive 5,800 mAh battery which has been previously confirmed to support 30W fast charging.

We will know more about the ROG Phone II including its pricing and availability next week.