Asus is unveiling its latest Zenfone series at MWC 2018 next week, and at least three new phones will be introduced - a dual-cam flagship Zenfone 5, a budget-friendly Zenfone 5 Lite and the Zenfone 5 Max with presumably massive battery.

An Asus phone codenamed Z01RD popped on AnTuTu during the weekend with a Snapdragon 845 chipset, presumably the star Zenfone 5. The benchmark also revealed a screen resolution of 2246 x 1080 pixels - that's an aspect just wider than 18.5:9 and suggests a notch on the front screen, as seen in a leaked image. 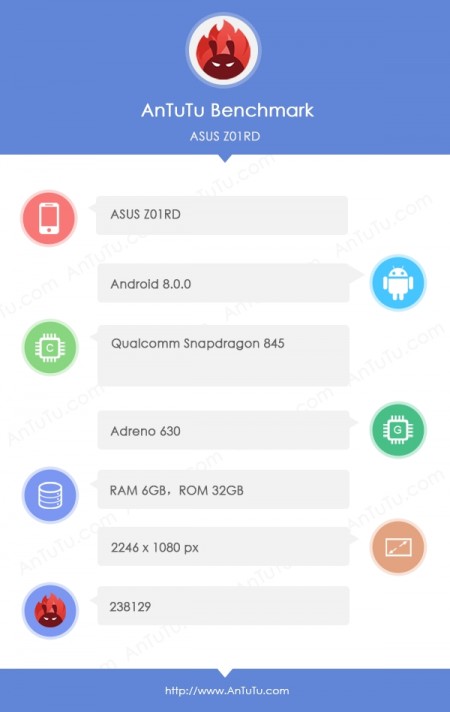 The Z01RD will also come with 6 GB RAM and Android Oreo. The phone appears to have only 32 GB, so hopefully, it will also sport a microSD slot. The AnTuTu score is 238,129, which is behind the Galaxy S9+ with Snapdragon 845 and the eventual next nubia Z flagship by ZTE, scoring respectively 265,267 and 271,674. Of course pre-production software can affect the scores of all involved phones so it's best not to read too much into these numbers. 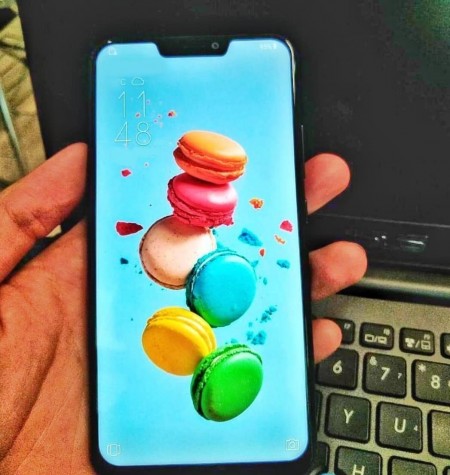 If the image above is legit and this is really the Zenfone 5, as claimed on Twitter, Asus might be the next manufacturer to jump the hype train of notches after Essential with the PH-1, Sharp with the latest Aquos S2 and, of course, the iPhone X.

The notch is ugly and looks like they just want to copy Apple.

Thank you. Hopefully there's a chance to have zenfone 5 flagship without notche. :*