The vivo X60 series is set to be announced on December 28 and we’ve seen plenty of leaks so far. The vanilla X60 is expected to come with Samsung’s Exynos 1080 chipset and now we have a test run from Geekbench. 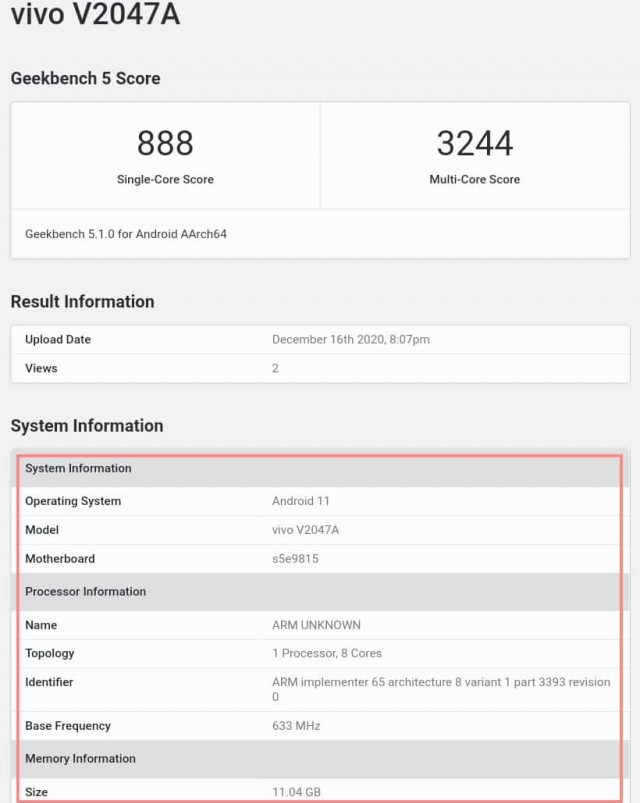 The X60 appeared with the same V2047A model number as seen in previous certification leaks and managed 888 singe core points and 3,244 points in the multi-core department. The multi-core numbers in particular are quite impressive and nearing Snapdragon 888 numbers we’ve seen. The new listing also reveals the X60 comes with 12GB RAM and boots Android 11 which should be joined by vivo’s all new OrginOS interface. We'll keep you covered on all details ahead of the vivo X60 series announcement.

I don't know what is wrong with Snapdragon 888. It has been named as such and not 875 but the performance doesn't seem to be following the naming pattern.