Samsung Galaxy A6 and Galaxy A6+ are nearing their launch, as seen on a website of the Korean company. The Polish division accidentally uploaded a webpage for a phone with the model number SM-A605FN/DS that is most likely the Galaxy A6+'s dual SIM version. 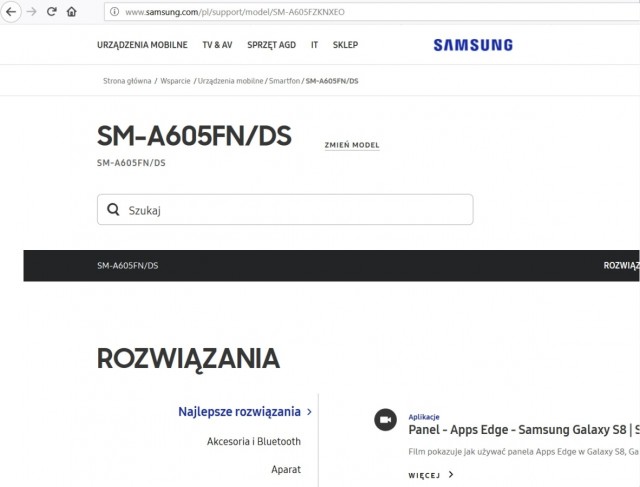 The A605FN moniker already appeared on multiple regulator pages, including the FCC and Wi-Fi certification websites, making it easier to connect the dots.

Benchmarks from last month suggested the Galaxy A6+ will have Snapdragon 625, 4 GB RAM and Android Oreo, most likely with Samsung’s in-house UI on top. The phone, along with its smaller sibling Galaxy A6, is bound to arrive in three markets - Europe, Russia, and the Middle East, according to earlier reports.

My first smartphone had less than 1GB of RAM and it worked fine for long time after I bought it. And flagships of that time had 1GB of RAM. Then, soon after that 2GB of RAM was next "big thing" and it stayed that way for a long time. Then we saw ...