The Google Pixel 2 and Pixel 2 XL are finally in our office and we've already spent some time getting acquainted with them. We've also been conducting our in-house review of both devices, but we're here to give you a sneak peek at Google's new Pixel devices as well as some general information surrounding the purebreds.

One thing that might need clarification is that both Pixel 2 phones support certain networks with a built-in eSIM. This does not mean the phones don't come with a standard nanoSIM slot. In fact, at this point Google's Project Fi network in the United States is the only network that will provide service using the phone's built-in eSIM. 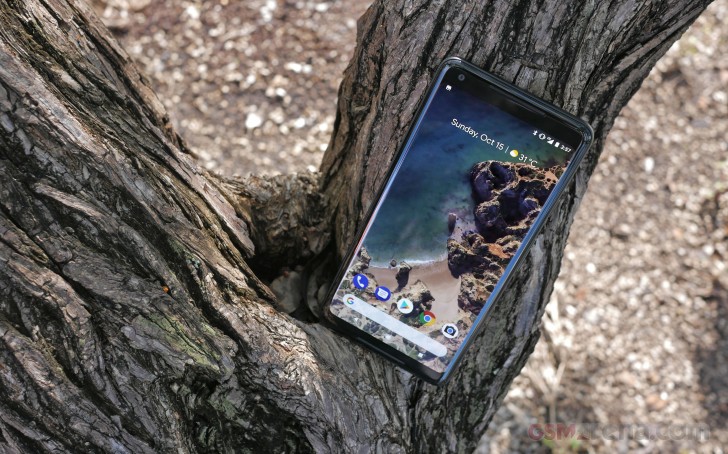 That means that the premium for the higher res, taller, and larger display, larger battery is $200. Considering that not even the iPhone 8 Plus is going for that much, Google is very confident that its new devices are ready to fight with the best out there.

Verizon is still the "exclusive" carrier of the Pixel 2 and Pixel 2 XL in the US, but T-Mobile has already offered to credit Pixel 2 Buyers up to $325 via statement credits like it did with the Pixel last year. FYI, the phone will be sold unlocked in the US for all carriers.

But now, let's take a closer look at the Google Pixel 2 XL. We're going to compare it to a few other devices that are already on the market.

I didn't say Apple is right in not adding SD card slot, I criticize every one that has any excuse to not have an SD card slot, It's not something that messes with integrity of design or waterproofing or anything, it's purely marketing technique to ma...

Seriously? Stop blindly defending. That's a foolish interference to help work on a problem that should not be an issue. And introduces it's own issues. This is not because wireless is the future. That's the future. This is the present. Currently ...