This year, Google has taken a drastically different approach with the Pixel lineup. They've focused on providing a great user experience without maxing out the specs on the processor or the screen. The Pixel 5 maybe this year's Google's flagship, but it's not a flagship device as we know it. 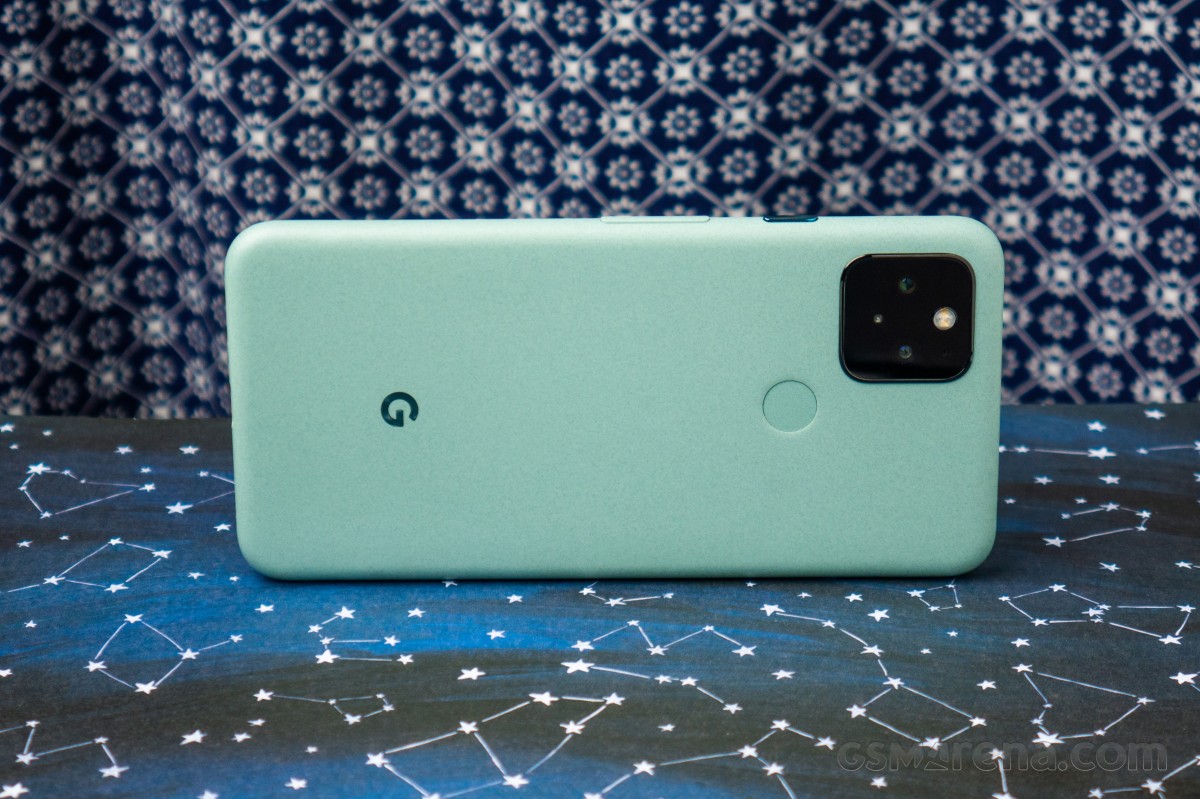 First, Google did away with the finnicky radar sensors that enabled Motion Sense features on the Pixel 4 and 4 XL. Motion Sense wasn't really as useful as the advertisements made it out to be. Because of this, the fingerprint scanner is back. Next, we don't have the latest Snapdragon chipset on the Pixel, but we do get the capable Snapdragon 765G with support for 5G networks. Finally, the Pixel 5 swaps out the 2X telephoto from last year in favor of a new ultra-wide camera.

The overall form factor is far more manageable with a 6-inch display with a punch-hole selfie camera cut out and compact size. The Pixel 5's design is largely based on the Pixel 4a that came just weeks before it, but it comes with the slimmest bezels we've ever seen on a Pixel phone. It also has a beefier 4080mAh battery compared to the Pixel 4 XL's 3,800 mAh. Combined with the power-efficient Snapdragon 765G, the Pixel 5 should also see improvements in battery life, but we'll get to that.

The Pixel 5 does achieve something new. It's got a housing made of recycled aluminum. However, it still supports wireless charging (and even supports reverse charging this year) - proving that smartphone makers don't need to make fragile glass sandwiches to achieve the popular feature. Google did this by putting the charging coil on the outside of the housing before applying the texturized coating and ran the coil through holes cut out of the back of the chassis. 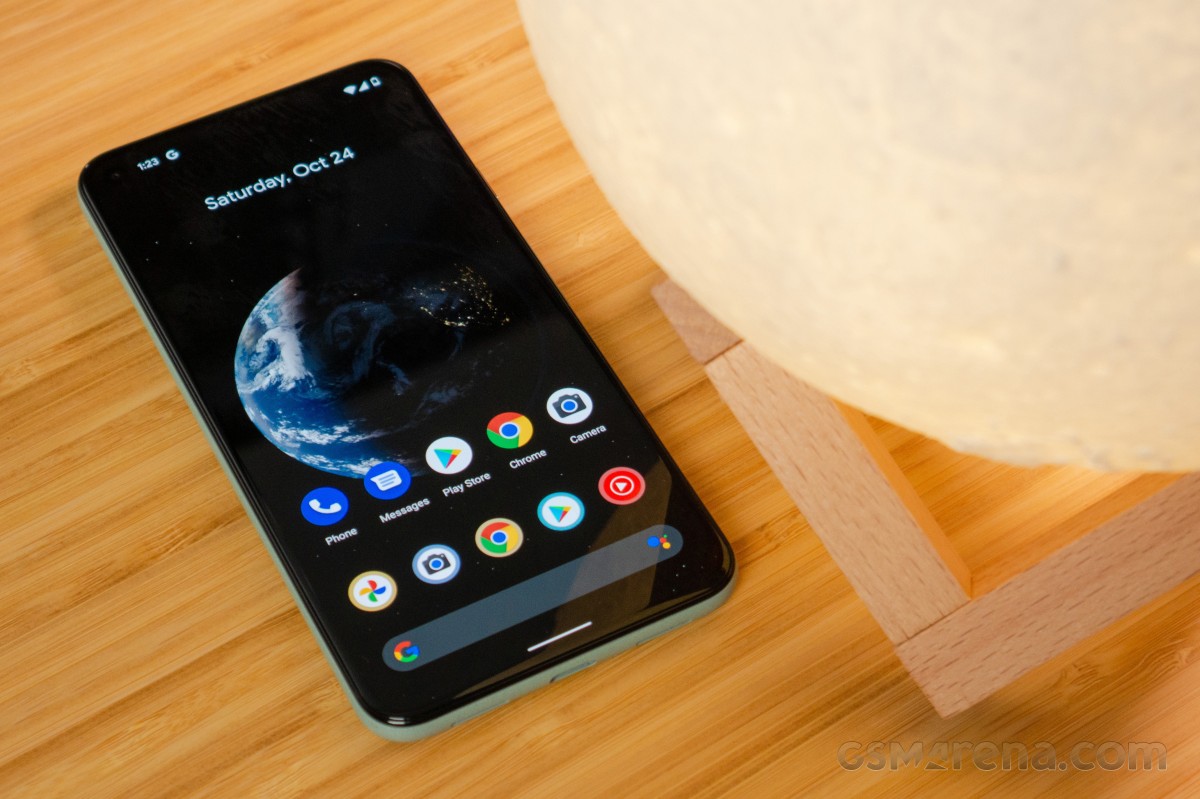 We can't help but think that Google is taking a step backwards with the Pixel 5. However, its lower price and focus on experience may be in Google's favor. The need for a cheaper headlining 5G smartphone is more urgent than in the past and its price point pins it up against the recently announced iPhone 12 Mini, the OnePlus 8T, and the Samsung Galaxy S20 FE.

The camera hardware stays the same on paper, but we're curious to see if the software has allowed advancements in imaging. We'll keep an open mind and let you know if Google has solidified its software and camera experiences with the Pixel 5. Let's move into the box and see what's inside.

On the exterior, the Pixel 5's box shows the phone's picture with the chosen coat of color. Our model is the "Sorta Sage". The Pixel 5 comes with the bare necessities inside the box, which prominently features the #teampixel hashtag and 5G logos. 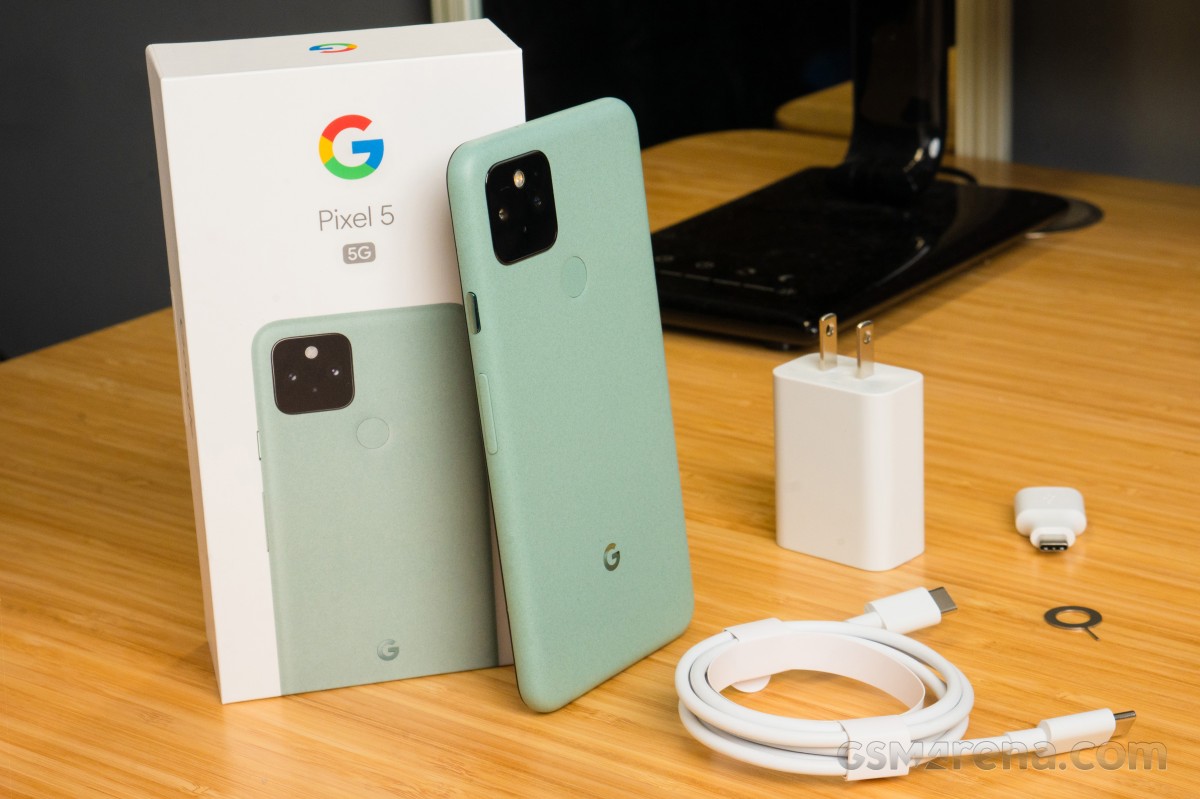 The phone comes with some documentation, a SIM tool, USB "Quick Transfer adapter", 18W USB-C PD adapter, and USB-C charging/data cable. Google only included earbuds once with the Pixel 3 (XL) but later removed them for the Pixel 4 (XL) in the US, anyway.

Let's take a closer look at the phone's design.

I think this phone is great. I have both of the 4 phones and this is quicker than either of them. I was actually worried about the "slow chip". No need, opens everything very fast and recalls open apps with amazing speed. If you look at spe...

I bought this in the beginning of February after Cricket decided to shut down their 3g towers & their 4g towers started to slow down, they said my account would be suspended after the 22nd even tho i had a Pixel 4a running on 4g prior to buyin...

Yeah... of course I will check second hand market, that's what I always end up doing because all the phones available in my local retailer are full of cr*p, and the only good ones are available on eBay, where there are dodgy sellers.