Motorola's Moto G line has always been about affordability, and over the years has churned out some impressive mid-rangers. That may somewhat change in 2021, when the company is rumored to be launching the first Moto G device ever to be powered by a flagship chipset.

Before you get your hopes up, though, note that we're not talking about the recently announced Snapdragon 888, but instead, this upcoming Moto G branded phone will have the Snapdragon 865 at the helm. That's still plenty impressive in its own right, having powered most of the flagships of 2020. 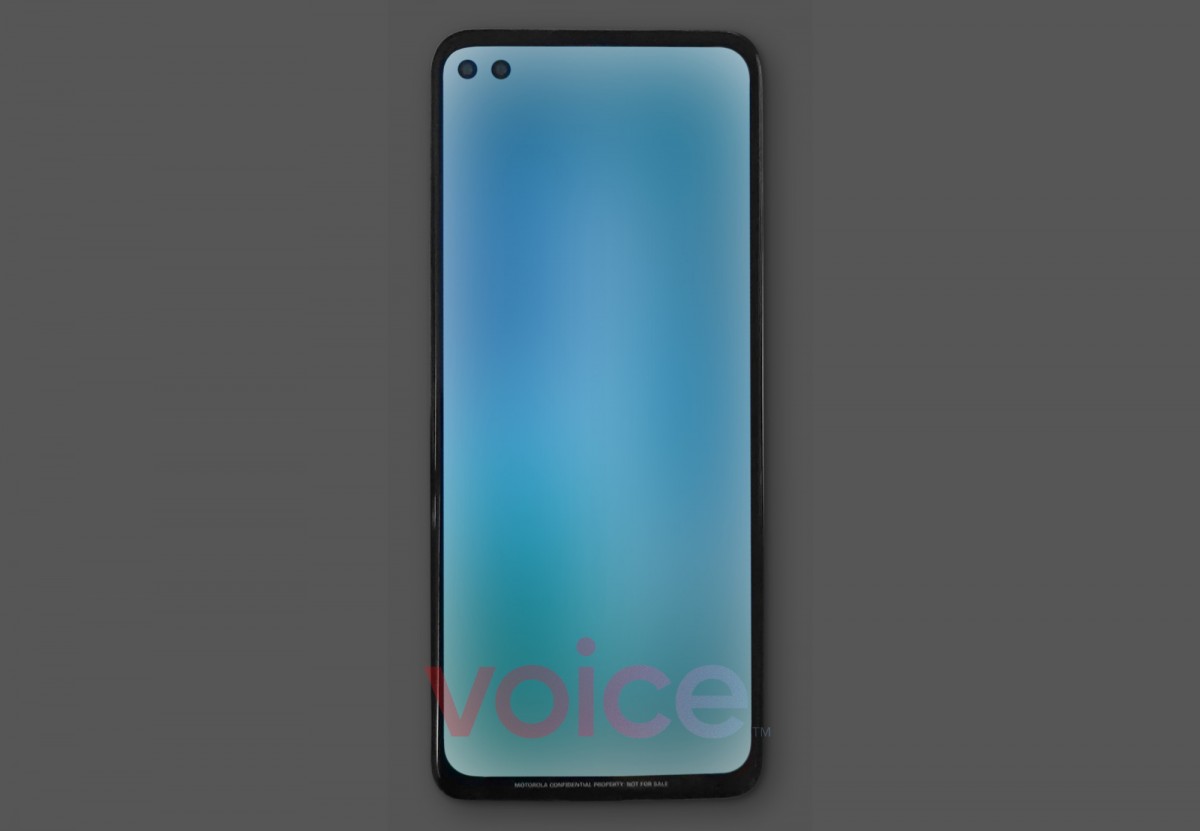 What you see above is a purported image showing the front of this handset, which is codenamed Nio. As you can see, it has two selfie cams, housed in two individual punch-holes, instead of going with a pill shaped cutout like other manufacturers. Which option one prefers is down to a matter of personal taste, of course.

There seems to be a pretty substantial bezel all round with an even more pronounced chin, but if you remember this is a Moto G, that's not so shocking anymore, since this is a very familiar look for that family of devices.

The Nio is said to have at least 8GB of RAM, up to 256GB of storage, and a 5,000 mAh battery, and it will run Android 11 from day one. The screen is supposedly a 6.7" 90Hz 1080p+ panel. The Nio will use Motorola's upcoming DisplayPort Alternate Mode, allowing it to connect to external monitors. On the rear there will be a 64 MP main camera, a 16 MP ultrawide, and a 2 MP depth sensor, while the front duo will comprise of an 8 MP wide and a 16 MP ultrawide.

That's all the information we have for now, but this is shaping up to be one of the more intriguing devices of early 2021. Perhaps it's meant to compete in the 'flagship killer' space, hopefully its last-gen chipset (by the time it launches) won't deter people from considering it. We'll see.

Because it's a midrange device. Product line segmentation.