George Zhao, president of Honor, teased the Magic 2 with a sliding mechanism at IFA 2018. The Huawei-owned brand now got the phone through TENAA, which revealed its full specs, but no pictures. Luckily, live images appeared on Zanilia Zhao’s Weibo profile - she was gifted a mesmerizing red Honor Magic 2 and now we know how the phone will look like. 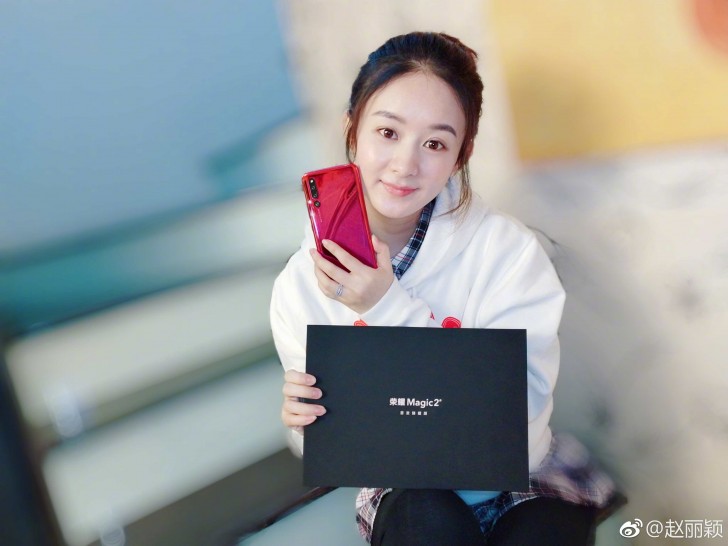 The new phone will have Kirin 980 chipset with clock speeds up to 2.6 GHz, coupled with 8 GB RAM and 128 GB storage. The screen is 6.4” tall AMOLED panel with Full HD+ resolution and almost 100% screen-to-body ratio. The whole display will slide down and will reveal a 16 MP front-facing camera and two TOF lenses for 3D Face Unlock. Since there is no fingerprint to be seen, the phone might have it under its display. 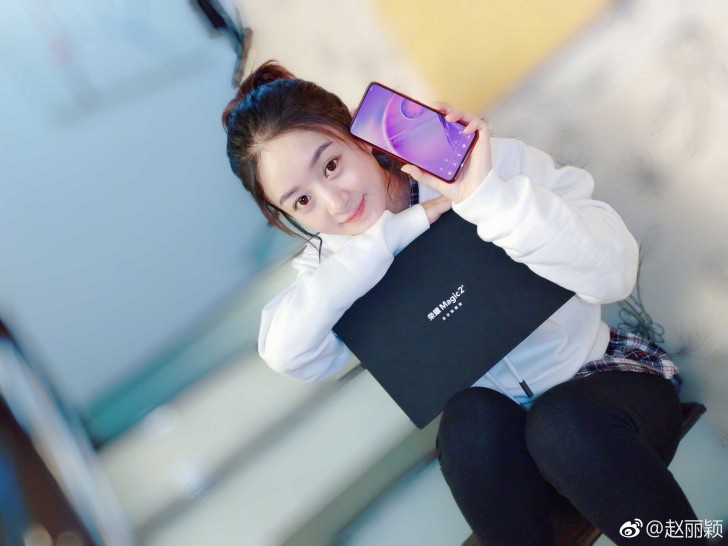 The back of the Honor Magic 2 reveals the company is preparing a triple-cam setup. The dual sensor is 16 MP + 24 MP, and the third one is also 16 MP. The configuration borrows the looks from the Huawei P20 Pro with all three lenses lined up vertically. It will likely also copy the purpose of the cameras too - a regular sensor, a B/W cam and a telephoto lens.

The images and the post of Zanilia Zhao reveal Honor will introduce its own AI assistant called Yoyo. According to the actress, it will also have witty responses to trivial questions such as “Who is prettier - me or you?” 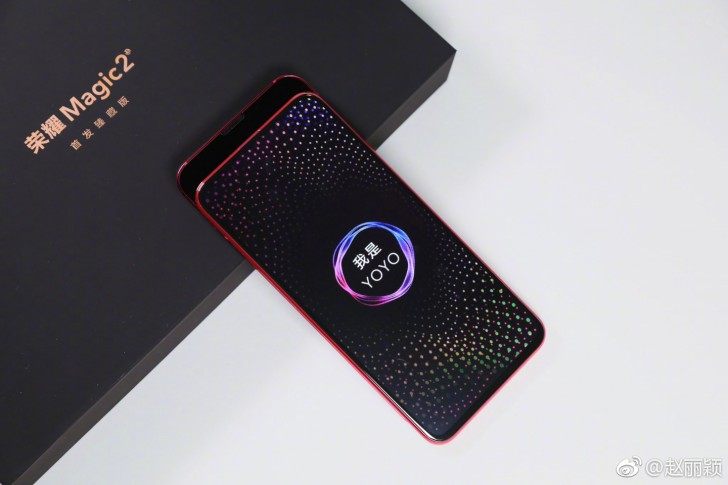 The phone will run EMUI 9.0, based on Android Pie, per TENAA, and will support dual band GPS. It will have a 3,400 mAh battery with a 40W charger that leaked in September and eventually arrived with the Huawei Mate 20 Pro last week. The last unknowns will be revealed at the official launch, scheduled for October 31.

But its release cycle is too late, the 845 successor will be out soon so Huawei's offerings will be the slowest for the majority of 2019, they should try and coincide processor / model launches so consumers can decide there and then which to buy rath...

I know. I saw her profile (though in english. ^^; I don't know chinese, but do know japanese.)