The HTC Butterfly S uses the 4MP UltraPixel sensor, which is about the size of most smartphone camera sensors (1/3") but uses much bigger pixels (since the resolution is limited at 4MP). On the up side, bigger pixels have better performance in poor lighting conditions. There's also the fast F/2.0 lens that helps low-light shooting, but there's no optical image stabilization (OIS) like on the HTC One.

The sensor has a 16:9 aspect ratio, which means that photos produced at its native aspect are perfect for viewing on the phone, on most tablets (which typically have 16:10 screens) and HDTVs. 4:3 photos would either get black bars or get cropped, which does help close the resolution gap somewhat.

The camera interface itself is pretty simple - there are two shutter keys (one for stills and one for video), above them is the gallery shortcut and below is the effects button. On the left side of the screen you get flash mode selector and the Zoe toggle.

Now, we already covered what Zoe does after you've taken a shot, here's how the actual shooting goes. You enable Zoe (an indicator at the bottom of the screen confirms you're in Zoe mode) and tap the still shutter key. The key turns into a progress bar, counting down the three seconds during which the phone records video, reminding you to stay relatively still. This is accomplished thanks to the proprietary ImageChip 2, which is also used on the HTC One.

The HTC Butterfly S camera produces good images, but despite using big "UltraPixels" and shooting in broad daylight, the images had noticeable (at 100% zoom) noise. The low resolution also means that the smallest fine detail is lost. There are some oversharpening effects, and the noise levels are pretty high.

Even when viewed at the lower 1080p resolution, the photos look decent, but not as good as some of the larger megapixel sensors. 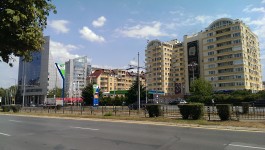 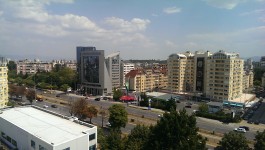 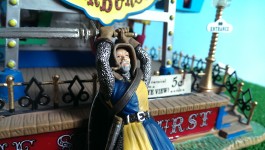 Here are the same samples taken with the HTC One. You'll notice a slight difference in white balance, but overall the images are very similar. The Butterfly S features a slightly narrower field of view, which could be due to either unit variances or a shorter focal length. The final difference we spotted is the pronounced softness towards the right edge of the Butterfly S shots - something that we don't see on the One. 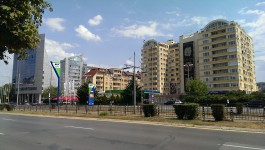 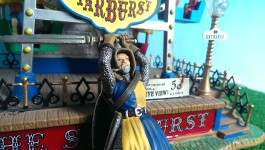 We were curious just how much of a difference OIS makes, so we put the HTC Butterfly S against the big One to find out. We also tested the difference in video recording in the next chapter.

The first samples are taken in a dark room with the flash disabled. Both phones dropped the shutter speed to 1/5s and boosted the ISO to 800. The HTC One managed a better shot thanks to its OIS, which means that you should expect better low-light performance from the One. 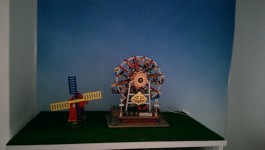 The HTC Butterfly S has HDR support for both its still image and videos. In stills, HDR mode gives shadows a good boost, but it tends to wash out the highlights. Overall images captured in that mode are very poor on the Butterfly S and we suggest you keep away from it. 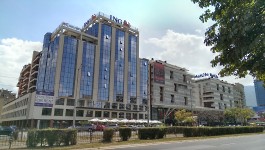 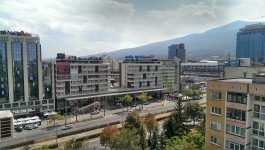 We also tried out the panorama mode. The Butterfly S did the job well with almost no stitching artifacts (assuming there are no moving objects). Keep in mind that if the panorama includes dark shadows and bright highlights, they tend to end up under and over exposed, respectively.

The HTC Butterfly S has the same camera as the big HTC One, sans the stabilization. You can see how the two stack up and how they compare to other cameras using our photo compare tool.

The HTC Butterfly S in our Photo compare tool