The HTC One series has at least one feature it can hang its hat on - premium design. This became absolutely critical with the M8, as the scorching hot flagship was outclassed by its competitors in many other areas - performance and camera being the most obvious.

There goes the One (E8) - one that has to make do with its seemingly biggest advantage taken away, the aluminum unibody and its slick finish and chamfered edges replaced by polycarbonate. Now, isn't that a recipe for disaster? Especially for a company that's been struggling to regain lost market share, you'd think that moving away from your strongest suit would be a mistake. The HTC One (E8), however, has proven to be anything but. 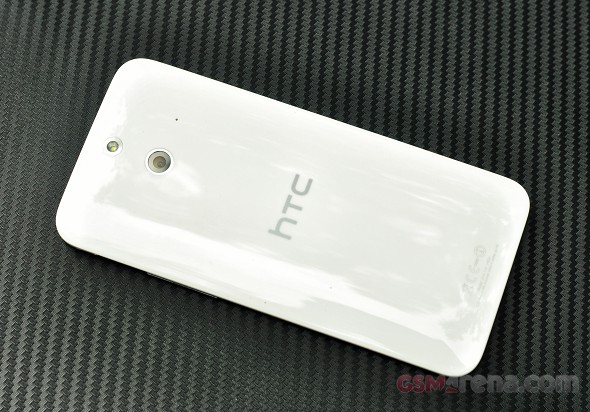 While the M8 is still quite a stunner whose only real rival in terms of design is the Sony Xperia Z2, it has proven to have several weaknesses that have since been taken advantage of by the competition. With the M8, HTC chose to stick to its 4MP UltraPixel guns second generation running, despite the lackluster performance. The Qualcomm MSM8974AB Snapdragon 801 chip that the M8 came with has also since been outperformed by competing flagships.

The HTC One (E8) solves both of those problems, and solves them handily.

We said in the beginning of this review that polycarbonate smartphones depend highly on execution, and the snug fit of the E8s plastic back panel is an example of a well-executed design aesthetic. Of course, some of the premium feel is gone but HTC has the freedom to target a different price segment.

Now, the E8 won't go for as little as half the price of an M8 - far from it. But with a superior battery life, slick Sense 6 interface, and vastly improved camera and processing speed, it has all the makings of a sleeper hit for a company that desperately needs one.

On paper, the M8 is still the creme-de-la-creme of what HTC or any manufacturer for that matter, can offer from a design standpoint. Its premium build is arguably the top of the food chain when it comes to Android flagships, and it really is a marvel to behold - and hold. The M8 does have an inferior camera and performance though, and you will be paying a premium for all that sweet metal.

The M8s predecessor, the One M7, is also an interesting offering when compared to the E8. It has the premium looks and build on top of being more compact. Due to its 4.7-inch display (that's also 1080p and thus has a higher pixel density than the M8/E8), the M7 is able to shave almost 10mm off the height of the E8, which results in much better handling and single-handed usability. The M7 is over a year old, however, and although it's been updated to Sense 6, it has a much slower processor and lower battery life.

Google/LGs Nexus 5 is another worthy competitor to the E8. It's priced even more competitively, and also sports a 1080p display with Gorilla Glass 3. It comes in more compact and lighter than the HTC as well, and runs vanilla Android with all the latest updates directly from Google. Its 8MP shooter won't impress as much however, and neither will the lower performance, battery life, and lack of expandable storage or FM radio.

Motorola, now under Lenovo's wing, offered its compelling Moto X smartphone during the company's brief stint under Google. It offers an eye-catching design aesthetic and is more compact and lighter than the E8. It only has a dual-core performance, a 720p screen, and again lacks expandable storage, but you're looking at the usual updates from Google relatively quickly.

The HTC One (E8) is a bit of a surprise move. A less sophisticated but more capable alternative of the incumbent flagship. And that's considering the M8 has already had a mini and a dual-SIM version. HTC limited the cost-cutting to the exterior and the E8 is set to offer a killer package with very few glaring drawbacks. Fewer than the actual flagship, at the very least. If excellent battery life, superb performance, and a robust software suite at a competitive price aren't enough to make you notice the HTC One (E8), it's hard to see what will. Provided HTC's idea of a discount isn't a shock to everyone. Again.