The Mate 9 does an admirable job with low-light settings, preserving detail and, to a certain extent, color. In full-on Night mode, you can manually select a shutter speed up to 32s and ISO up to 1600. The viewfinder image will change as the exposure develops, so if you figure you've gathered enough light you can stop at any time.

Then there's the Light painting mode, which includes four sub-modes: Car light trails, Light graffiti, Silky Water and Star track. You'd need some form of stabilization for these (Night mode, too), like a tripod or a beanbag, as these extremely long exposures can't be done handheld without camera shake. 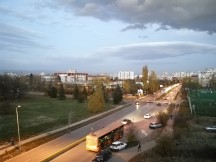 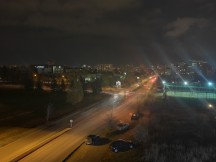 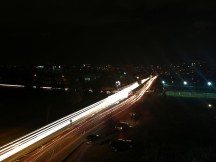 We walked around town a little with the Mate 9 and a Pixel XL in our pockets, and we shot with the two side by side. We observed quite different approaches with pros and cons to both, though if we had to pick one, it would probably still be the Pixel.

Its images are more detailed and with better colors. Google's phone does tend to produce brighter exposures, though, with point light sources in the frame inevitably completely burnt. The Mate 9's shots are somewhat darker in its default mode, with HDR bringing them closer to the Pixel's HDR+ output, but either way, it keeps more info in the highlights. 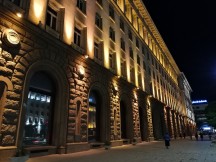 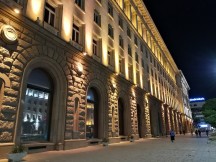 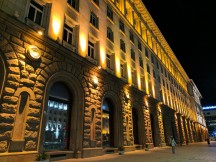 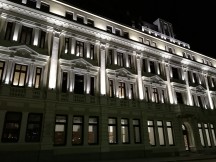 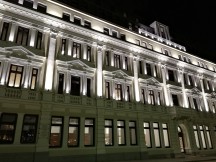 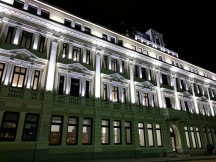 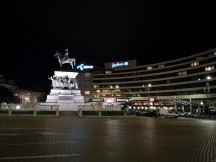 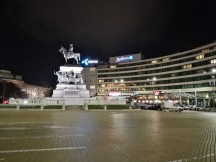 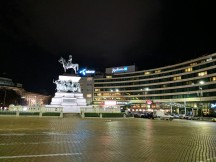 At one point we also shot side by side with an iPhone 7. The Apple smartphone's noise reduction is heavier than the Mate's, but the noisier images of the Mate 9 don't necessarily preserve more detail. In this particular case, we're leaning towards the iPhone's reproduction. 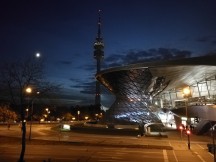 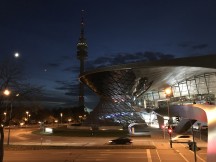 HDR mode on the Mate 9 produces a more compressed scene, bringing detail out of the shadows as well as saving most of the highlights from clipping. Darker areas don't get noisier, and no color shifts or desaturation are observed. Overall, a very balanced and good-looking result. However, there is no HDR in monochrome shooting, nor is there an HDR auto mode when shooting color. 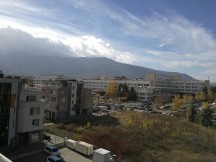 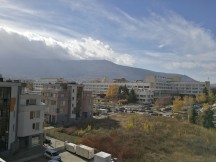 Panoramas on the Mate 9 are quite good too. They're not the full vertical resolution, but at about 3,100px tall there's plenty of pixels. Detail is on par with still images; stitching shows no obvious issues and exposure variation is handled smoothly.

The Mate 9's front-facing camera is an 8MP f/1.9 shooter with autofocus. It produces great results in daylight with plenty of detail and pleasing colors, and also quite good dynamic range. On occasion, the Mate 9's selfie cam may choose to focus on the background instead of your face, so it's worth keeping an eye on the final images.

There's a beautification feature that when dialed up to the extreme does a remarkably cartoonish and overexposed rendering of reality with oversaturated colors and smeared details. We're clearly not ones to be able to appreciate it, but you can check out the end results below. 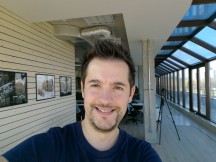 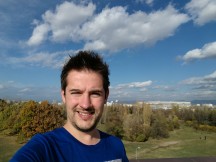 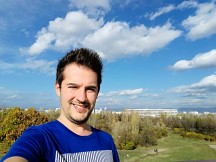 Thanks to the depth information the Mate 9 can gather from its two cameras, it can try and reproduce the blurred background of a proper portrait lens. The feature is accessed from the Wide aperture mode toggle and lets you simulate apertures from f/0.95 to f/16.

As with all such implementations it works less often than it doesn't, but every now and then you may end up with a usable portrait like the one below. Which itself isn't flawless when looking at it from up close. 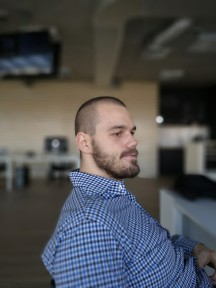 The Huawei Mate 9 encodes its 4K videos using the H.265 codec. The consequences are two-fold. On the positive side, the bitrate of 30Mbps is very low for 2160p footage and hence files take up less space (compare that to the ~50Mbps MPEG-4 4K videos of most competitors). The downside is that YouTube still doesn't offer support for this standard, so we've uploaded the test samples on Vimeo instead.

We also observed severe compression artifacts when we examined the Mate 9 videos of our lab test charts. In real life footage, however, we saw no such issues. Apparently, the algorithm doesn't like stationary uniformly gray objects. So while we do suggest you check out the video compare tool below, be aware that it's not strictly representative of real world scenarios.

1080p videos use MPEG-4 compression, so they're YouTube-friendly, but we figured if one sample goes on Vimeo, we might as well host all of them in the same place.

Audio is recorded in stereo at 192kbps, so no compromise there.

4K videos are sharp and detailed and exhibit good contrast and pleasing colors - the video output is actually punchier than how reality looks like. Not surprising, though - Leica has traditions in still photography, not video, so the laid-back Leica processing approach doesn't apply here, we guess.

In our ever-windy shooting location the Mate 9 managed to cancel out a lot of the wind noise (though it's clearly no miracle worker), so those 4 mics may well be worth it.

As it happens all too often, the 1080p footage is just okay, nothing spectacular. The good thing is that the smoother 60fps mode doesn't come at the expense of lost detail, though we did notice some jaggies around straight lines that weren't there in the 30fps mode.

One limitation the Mate 9 enforces on you is that video stabilization only works in 1080p resolution and not in 2160p. That's the software part of it, the optical stabilization should be on at all times, we presume.

We'd say it does a really good job stabilizing handheld videos when walking - perhaps the ultimate test for a smartphone video camera. It's also great in that you get a real-time stabilized preview in the viewfinder.

In low light conditions you get a fair bit of noise and lot of compression artifacts, though colors and detail are quite well preserved.

And here's the promised video compare tool, where we've pitted the Mate 9 against the Google Pixel XL and iPhone 7 Plus. 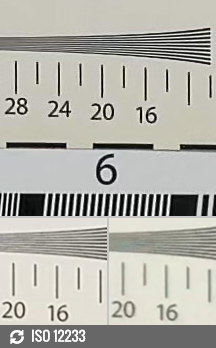 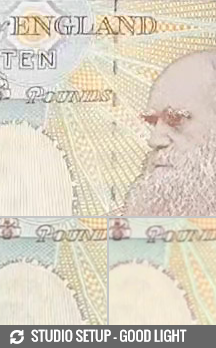 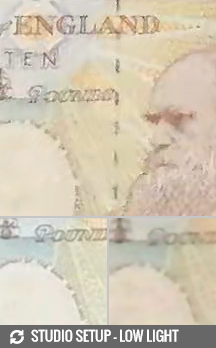 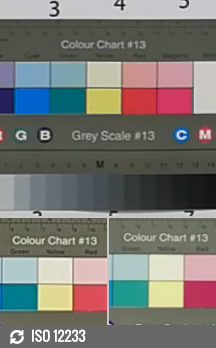 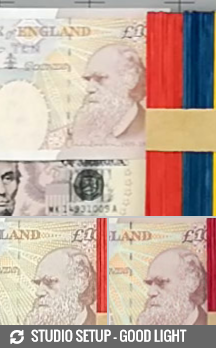 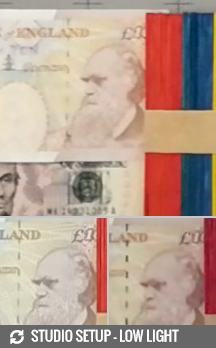