It’s getting closer – the Huawei nova 4 will be unveiled on December 17, but has been spotted in the wild several times already. This is the first time we’re seeing its back, however, and the design is very much in line with the Huawei P20 Pro. Just like the concept renders from earlier.

Huawei managed to keep three of the bezels fairly small, though there’s a bit of a chin at the bottom. Also, the status bar hs been aligned to the right, to keep it away from the selfie camera.

There’s no in-display fingerprint reader, instead there’s a classic reader on the back. Also here is a triple camera (unfortunately, there are no details on the modules and lenses). 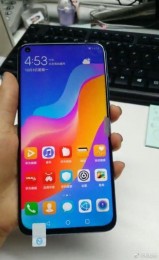 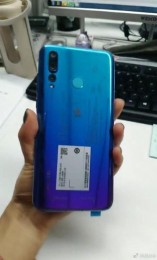 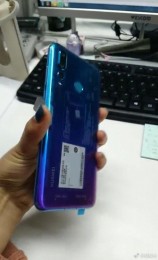 Huawei nova 4 photographed in the wild

There’s competition among makers who will launch the first screen with a hole. Lenovo will unveil the Z5s tomorrow, Samsung has scheduled an event for December 10 to unveil the Galaxy A8s.

Anyway, the Huawei nova 4 is expected to come with the flagship Kirin 980 chipset. So, even if it comes second, it will still have an advantage over the Galaxy A8s (expected to have a Snapdragon 710).

Will this be available in the Philippines?

Upon seeing the photo it seems uglier to me, at least compared to a waterdrop notch.