Deliver more for your hard earned cash, that's what the Lenovo Vibe K5 is all about. Mind you, we're not talking about the Vibe K5 Plus we already reviewed a while ago. This time it's the base Lenovo Vibe K5 - no Plus or Note in the model name means fewer add-ons and therefore an even lighter price tag.

So it's even cheaper than the K5 Plus, we hear you ask? Indeed it is, and the price is one of three downgrades (not one to complain about) compared to the K5 Plus. The other two are the display resolution (720p vs. FullHD, but 5 inches nonetheless) and the chipset (Snapdragon 415 vs 616). That's that. The model designation for the K5 is A6020a40, while the K5 Plus is A6020a46. 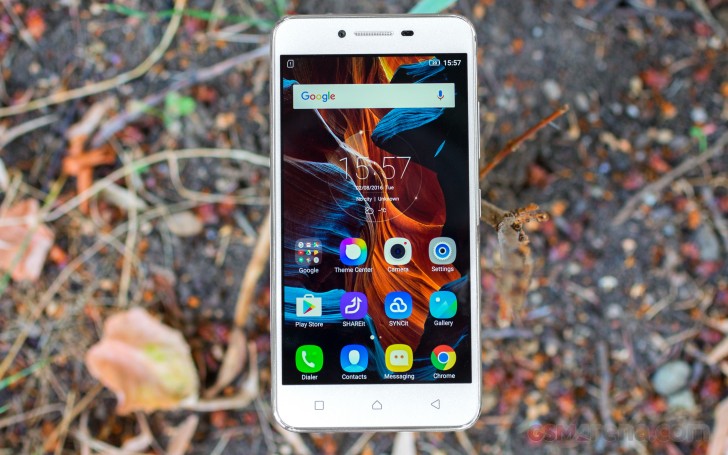 The rest of it is shared between the K5 and K5 Plus and that includes the metal back (on a decidedly entry-level phone), 13MP/5MP camera combo, 2GB of RAM and 2,750mAh of a swappable battery.

We pointed out the very same list of disadvantages in the Vibe K5 Plus, and they hold true for the K5 as well. For the most part, at least - the Vibe K5 seems to be more widely available, both alongside the Plus in certain markets and on its own in others.

Swapping microSD cards when you run out of storage is not a deal-breaker for most of the prospective buyers, but we figured we'd mention it nonetheless. At least the battery is replaceable.

The dated Android then remains our main gripe with the Vibe K5, as that's likely what the phone will spend its entire life on, given the usual update policies for budget models. Again, weighed up against the K5's price, that's another one we could pretend we didn't see.

We did see the phone though, and handled it too, and that's what the next page is all about. The design and handling chapter follows right after the break.

Got this phone in June 2016 and still rocking it with an Android 10 custom ROM. There are a few mistakes in this review: All K5 and K5 Plus supports upto 128GB sd card, I have tested it myself with a samsung 128GB micro SDXC. The Adreno 405 used ...

No it supports I used many times