There's obviously more than one way to look at the LG G Flex. The sheer shape aside, this phablet is a welcome addition to the ranks, considering the G Pro is getting old and the 6" barrier has long been crossed. The question is though, which end of the seesaw it will end up on. A device with virtually no rivals or one that will never escape the confines of its niche?

LG was the first manufacturer to break news of a curved phone in the works, only to be beaten by Samsung to the actual unveiling. Yes, the Galaxy Round made it to the stores before its rival but is still only available in its home market, so the G Flex can get one back with its global release. Anyway, neither of this will probably count for much in what seemingly will continue to be a two-horse race for at least another while. 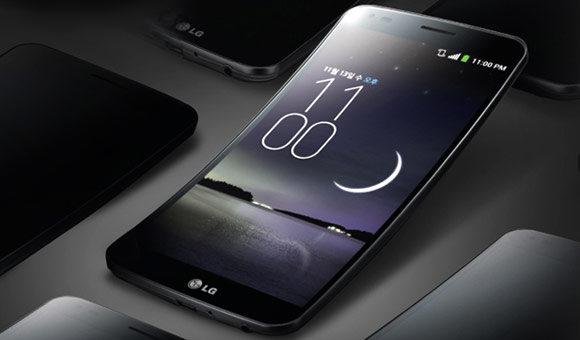 Both the LG G Flex and the Samsung Galaxy Round were made to wow users and show off their respective makers' cutting-edge technology but they risk being walled in their tower throwing "You're curved wrong" jabs at each other.

We think the top-to-bottom curve of the LG G Flex favors landscape use and video watching, while the Galaxy Round's left-to-right curve is interface-driven. We're yet to see the Samsung in action, and we can only speculate but we can safely commend the G Flex on its comfortable hold in landscape.

What we've seen enough of though is a solid lineup of flagship large-screened smartphones and phablets which are either better equipped, or more compact, or both - and way more affordable too - than these two. It seems the average user will easily pick one among the Galaxy Note 3, LG G2, HTC One Max or the Sony Xperia Z Ultra.

But anyone willing to pay the premium for the privilege of being seen with the latest technology available, will narrow down their meaningful choice to just two devices. The Galaxy Round does have a higher resolution screen - a flagship grade 1080p AMOLED unit, but it lacks the self-healing coating of the G Flex, and is next to impossible to get outside Korea without selling the house. And we'll say it again, the vertically curved G Flex just feels more natural in landscape hold or watching a movie.

Of course, the LG G Flex isn't without its share of shortcomings: you're tied to the inbuilt memory and the camera has lost OIS. The biggest question mark though is the screen resolution. 720p is quite reasonable, even on a 6" diagonal, and it's an RGB AMOLED unit too. However the actual image quality certainly isn't the best around and there's no getting away from the fact that considerably cheaper devices have way sharper screens on top of equal, or even better, feature sets.

Sadly, LG have missed an opportunity to make the curved screen count more in how you interact with the device. We love the Q-theater feature but a couple of more creative touches to the interface would've made a welcome difference.

Oh well, this is just the first of its kind and maybe we're too hard. To be honest, most of the corners LG needed to cut are an acceptable price for pioneering a flexible screen and battery, and a self-healing finish. There's better value for money to be had elsewhere but it's impossible to put a price tag on imagining the future.