Images of the 15 Plus, the anniversary phone by Meizu, appeared earlier this month, revealing no bezels from three sides.

A new render from Weibo today confirms the design and reveals the phone will have dual cameras at the back, coupled with what appears to be a 10-LED dual-tone flash, last seen in the Meizu Pro 6. The front will have only a single bezel at the bottom under the screen. 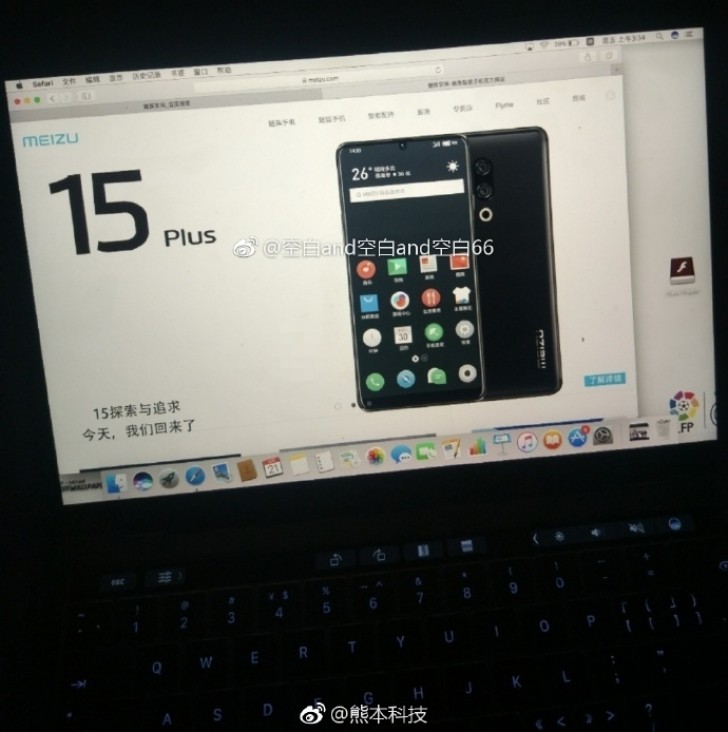 The Meizu 15 Plus will have a single selfie camera, implemented on the front screen like the Essential PH-1 or the Sharp Aquos S2. The display will have rounded corners and will span all the way to the top, right and left edges of the phone.

The fingerprint scanner/home button is most likely to be below the screen panel. A sensor on the side was leaked before, but Meizu might keep it for the M6S which will arrive in January.

I'm glad that the notch is the Essential style. I DON'T WANT ANY BIG NOSE HOLE SELFIES IN MY ALBUMS! That notch for the front camera to be placed is what avoided the ugliest selfies normally found on Mi Mix users and the like.

Looks good and much better than current notches

Not just any notch. A notch for the camera in the top right (or left), like in this beautiful render: - https://i-cdn.phonearena.com/images/articles/308417-thumb/xiao.jpg Reasons: 1. They can finally work towards removing the annoying bottom be...