Meizu recently turned 17 and the company is close to releasing its next flagship aptly named the Meizu 17 next month. We’ve already seen shots of the device’s punch-hole sporting front and now we have our first look at the back side. 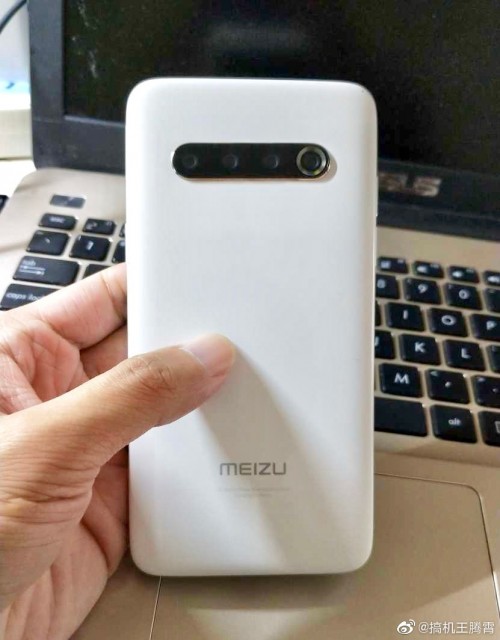 The new shot reveals a horizontally aligned quad-camera setup with the sensor on the far right surrounded by an LED ring flash. Unfortunately, there are no details about the sensors themselves. Apart from the cameras we can notice the subtle curvature on the sides of the device as well as the the Meizu branding on the bottom half.

The Meizu 17 is expected to come with a 90Hz OLED screen, 5G connectivity and the Snapdragon 865 chipset. On the charging front, we’re expecting a 65W GaN charger which should ensure speedy top-ups.

You... still care about that? Cmon bruh, that's not rare.

Ugggh. I can't believe even Meizu has gone with a display ruining hole.

Still better than S20's back. And Meizu usually copy from Samsung, and even puts Exynos chips in some of their phones. That's not a bad thing...