Motorola Droid Turbo is a complete package - a no-compromise Android powerhouse that is fit to accommodate even the most discerning power user. The smartphone blends high performance hardware, innovative materials, and stellar battery endurance into a compact, superbly built package. 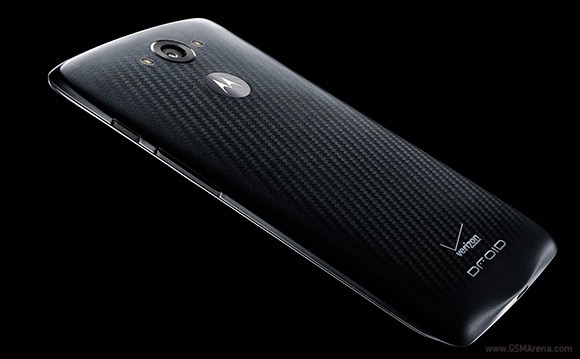 Android flagships often rely on their specs to succeed and the Droid Turbo is as prepared as its gets. It is the best-equipped device that doesn't carry a phablet moniker - only larger beasts come close to its hardware chops.

The performance of the Qualcomm Snapdragon 805 chipset is solid as expected. Motorola Droid Turbo is up to any task you throw at it.

The 5.2" QHD display is gorgeous and offers more pixels than you can shake a stick at. It offers good contrast, viewing angles, sunlight legibility, and punchy, if a tad inaccurate colors.

With 3,900mAh on tap, the Droid Turbo displayed good battery performance. The handset didn't top our chart, but it is the longest-lasting offering with QHD display at the moment.

Build quality has traditionally been a key feature of the Motorola Droid family and the Turbo is no exception. We really like the Ballistic Nylon option - there is nothing else on the market today like it. The improved DuPont Kevlar is also quite nice, as is the water repellency of the smartphone.

With 21 megapixels, dual-LED flash, and UHD video recording, the camera of the smartphone doesn't disappoint either. It isn't quite the best we have tested, but it isn't far off the top either - you will not be disappointed by the images and the videos you have captured with it.

Stock Android 4.4.4 KitKat is light on its feet and easy to customize. Motorola's additions are clever and unobtrusive. Verizon's extensive bloatware is manageable - you can disable most of the preloaded apps.

The lack of stereo speakers and a microSD card slot are what keep the Motorola Droid Turbo away from being absolutely perfect. The well-sorted front-facing mono speaker and the available 64GB option partially make up for the lack though.

Motorola Droid Turbo is priced at $199.99 with a two-year contract for a version with 32GB of built-in memory. The 64GB model is exclusively offered with Ballistic Nylon and no Verizon branding for $249.99. Verizon Edge installment plans for the handset kick off at $24.99 with no down payment.

Verizon really wants you to opt for the smartphone - the carrier will give you a $150 bill credit, $100 for your old phone, and waive all your activation fees if you grab one. You also get one free screen replacement during the two-year duration of your contract.

The holiday shopping season is about to kick off in the United States and all manufacturers have released their latest and greatest offerings. Here are some other devices that are worth your consideration at this price point and in this performance range.

While we were preparing this review, Motorola launched an international version of the Droid Turbo, dubbed Moto Maxx. For the time being, the latter will only be available in Latin America, but we truly hope that Motorola will expand its availability further. If you don't reside in the US, this model may be your only hope for getting the Droid Turbo.

LG G3 comes close to the Droid Turbo in terms of specs, though its chipset sits a generation behind. The Korean offering makes up for its older hardware with a lower price and wider availability.

Sony Xperia Z3 offers a large battery, expandable memory, stereo speakers, and a waterproof body. However, much like the LG G3, it packs an older generation chipset that lacks the oomph of the Turbo.

Samsung Galaxy Note 4 matches the power and the screen resolution of the Droid Turbo. It is slightly larger and more productive thanks to the S Pen. It's worth a look if you care about a larger display.

Nexus 6 by Motorola offers the same chipset and screen resolution as the Turbo, but also a camera with OIS, stereo speakers, and Android 5.0 Lollipop out of the box. If you are comfortable with a 6" display, you may as well check it out - Motorola surely won't mind.

Motorola has churned out a number of stellar devices this year. The Droid Turbo is yet another entry by the now Lenovo-owned company. Thanks to the solid battery backup and the great performance, it's an excellent choice for any power user.

We honestly hope that Motorola and Lenovo will bring the device to more markets and back it with the marketing budget it deserves. It can surely teach some of the rivals with bigger market share a few tricks.