Motorola Nexus 6 is the right candidate to carry the Android 5.0 Lollipop flagship banner. It looks good, it's brimming with the latest hardware, and it's solidly put together. Thanks to its massive 6" display and that large Nexus logo on its back, the phablet is not lacking in presence either - just like a flagship should. 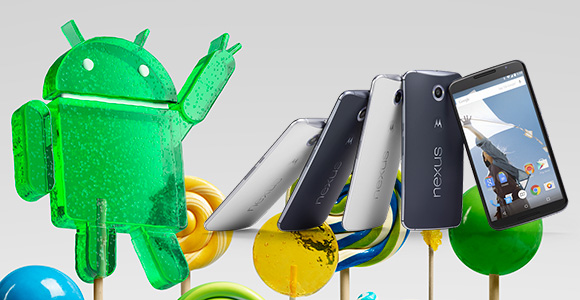 Motorola and Google took their time with the Nexus 6 and many will find that the end result is well worth it. The phablet fits well into its new, upmarket habitat - it can rub shoulders and successfully compete with the best devices in the segment, regardless of the ecosystem.

We've said enough about the stellar performance of the Qualcomm Snapdragon 805 chipset. It is one of the most capable pieces of silicon available for smartphones at the moment, and will handle anything you can throw at it with ease.

The 6" QHD AMOLED display, while not perfect, is pleasant to look at and quite useful thanks to its ample size. Coupled with the front-facing stereo speakers, it truly makes the Nexus 6 a mobile multimedia powerhouse.

Thanks to the OIS and the brand new Android 5.0 user interface, the 13MP camera is a massive step forward for the Nexus family. It captures quality images and videos. We really wish the latter were recorded with stereo sound, not mono like the iPhone family - Motorola has plenty of expertise in this department.

Android 5.0 Lollipop is arguably the most important feature of the Nexus 6. Thanks to the new ART runtime, the new OS build looks and feels blazing fast. The brand new material design tops things off with clean and easy to use UI.

Motorola's cleverly designed curved body allows the Nexus 6 to handle surprisingly well for its size. The build quality and the overall tactility are also top notch.

The battery performance of the Nexus 6 is good but could have been better with a battery of this capacity. Thankfully, the bundled Motorola Turbo Charger and the Qi wireless charging capability partially make up for the shortcoming.

A microSD card slot is another notable omission, especially considering the newly found love for the feature by Android 5.0 Lollipop. Thankfully, there's a 64GB model available to somewhat address the issue.

Motorola Nexus 6 costs $649 for a version with 32GB of built-in memory, while the 64GB model is priced at $699. US carriers will also offer the handset on monthly installments that sit in the $25-35 range depending on which one you will choose.

The market for large-screen devices has been quite busy this year, so there are plenty of alternatives available to the Nexus 9. Here are some that are worth your attention.

Samsung Galaxy Note 4 is the closest rival to the Nexus 6 in the Android world. It packs even more hardware features than Motorola's creation and similar price tag. However, TouchWiz-ed Android is the exact opposite of the stock version. You will have to be patient about updates, too.

LG G3 is for those who are looking to get the most value for their money. The Korean offering offers slightly inferior chipset, but matches or even outdoes on the rest of the hardware features.

LG G3 will begin receiving Android 5.0 this week. However, the manufacturer's deep customizations, like Samsung's TouchWiz, might not fit all tastes.

Nokia Lumia 1520 is getting long in the tooth, but it is still the best device Microsoft has to offer. It won't match the hardware of the Nexus 6, but it is cheaper. If you like taking photos and looking at tiled interface, check it out.

Apple iPhone 6 Plus is Cupertino's take on a large-screen smartphone. Opting for it is a matter of OS preference above all else.

Motorola Nexus 6 is Google's direct take on a high-end phablet, so it should be on your short list if you are on the market for one. This year, the device has a lot more going for it than stock Android, so it is easier to recommend than any of its predecessors despite the bigger price tag.