Nokia 6700 slide features Real player (as Symbians typically do) and the Video center for playing your video clips in both.

With such a small screen though, video playback is not this phone's strongest suit. And to confirm that you'll need to install a third-party player if you want some taste of DivX/XviD video.

The FM radio on Nokia 6700 slide has a nice simple interface and can automatically scan and save the available stations in your area. RDS support is included and the Visual radio is also on-board. If internet connection is available, the Visual radio application can download all the local stations and save them to the handset with their names.

Camera is impressive, video – not

The Nokia 6700 slide is equipped with a 5 megapixel autofocus camera with Carl Zeiss lens and a maximum image resolution of 2592 x 1944 pixels. It sports a dual-LED flash but no lens protection whatsoever. This means that the large glass covering the lens is prone to finger smudges and perhaps the occasional scratches.

As far as settings go, the camera on 6700 slide is limited, although it offers several scene presets, one of which is user defined. There's limited control over light sensitivity (it has low, medium, high and auto settings) as well as some control over sharpness and contrast.

The bar on the right side of the screen hosts a set of shortcuts to select choice of the camera settings. You can add and remove shortcuts so you can have quick access to the settings that matter to you.

There's also an option to capture consecutive images separated by a predefined interval (from 10 seconds to 30 minutes). You can also add color effects (sepia, negative, black and white, vivid) to the images.

Obviously there aren’t any fancy features such as face and smile detection or dynamic range optimizations but the the Nokia 6700 slide delivers some seriously wicked image quality. It easily ranks the phone among the best 5 megapixel cameraphones on the market. The photos have pleasing colors and good contrast with the noise levels still remaining pretty good. The amount of resolved detail is also among the best we have seen on a 5 megapixel phone.

We also snapped our resolution chart with the 6700 slide. You can check out what that test is all about here. 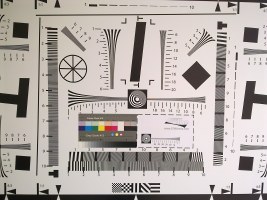 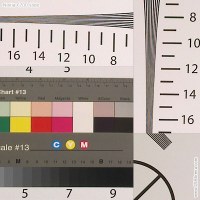 As for video recording, the Nokia 6700 slide shoots in VGA resolution at 15 fps captured in MPEG-4 format. Although this is a decent achievement, the quality is quite poor actually. The modest frame-rate takes the fun out of the higher VGA resolution and makes the videos unsuitable for viewing on a larger screen.

On the positive side the colors of the videos shot with the Nokia 6700 slide are pretty nice.