Nokia 6720 classic review: Up a notch

The music player is the same as the one you get on most of the Symbian devices out there and has a huge number of supported audio formats, including MP3, AAC, eAAC+ and WMA.

Quite naturally, the player can also be minimized to play in the background. Then a new row appears on the stand-by screen just below the quick shortcuts to indicate the currently running track.

Sorting songs by artist, album, genre and composer is automatic and searching tracks by gradual typing of the desired name is also available. Tracks are transferred to Nokia 6720 classic via Bluetooth, USB or by simple download. You can also use a card reader for that purpose and transfer them directly to your memory card.

Upon completing a USB transfer, or inserting a card, the phone automatically prompts to scan for new music tracks and, if allowed to do so, adds the new ones to the music library.

The player comes with five equalizer presets and, should they seem insufficient, you can edit them or create new ones in a matter of seconds.

The audio quality of Nokia 6720 classic is excellent with virtually no weak link. All the readings in our traditional test are great, rivaling music-oriented handsets and even dedicated music players.

Every aspect of the audio output is pretty close to even the Apples iPhone 3GS and that's basically as good as they get these days.

Take a look at the results and see for yourselves. Also as you can see from the graph below the Nokia 6720 classic also flaunts an almost flawless frequency response, remaining within 0.24 of the perfect line throughout the range. 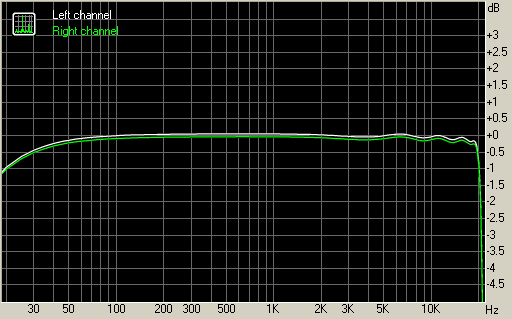 Real player is not enough

Nokia 6720 features Real player for playing your video clips and the video player works in both normal and fullscreen mode. When in full screen, the softkey functions are hidden so that they don't get in the way and only pop up when a key is pressed.

With such a small screen though, video playback is not this phone's strongest suit. And to confirm that, if you want DivX/XviD playback you'll need to install a third-party player.

The FM radio on Nokia 6720 has a nice simple interface and can automatically scan and save the available stations in your area. RDS support is included on board.

Nseries gallery spreads down the ranks

The image gallery was a pleasant surprise - it's the same as in Nokia's N-Series phones and looks great. The speed of photo browsing increases if you press and hold the direction buttons on the D-pad. This allows quick skipping of tons of files if you're not in the habit of regularly sorting out your memory card.

The image gallery: once reserved to Nseries devices only

Zooming here is very speedy, thanks to the zippy 600MHz processor. It does slow down a bit when you get over 100% but it will go up to 400% zoom. Zooming is done in small increments (about 10%) and panning is quite fast too.