Nokia 8 leaks in all its glory, press renders and specs outed

The Nokia 8 may be arriving in a store near you very, very soon. Earlier today we heard that it would be launched on July 31, and now a couple of press renders portraying it have been leaked by Evan Blass (also known as @evleaks).

As recently hinted, this will be HMD Global's flagship smartphone for 2017, and not Nokia 9. The Nokia 8's rumored specs definitely back that positioning up. It's said to have a 5.3-inch QHD (2,560x1,440) touchscreen, the Snapdragon 835 chipset at the helm, and 4 or 6GB of RAM, depending on which version you buy. However, it is possible that the 4GB model won't actually be released. 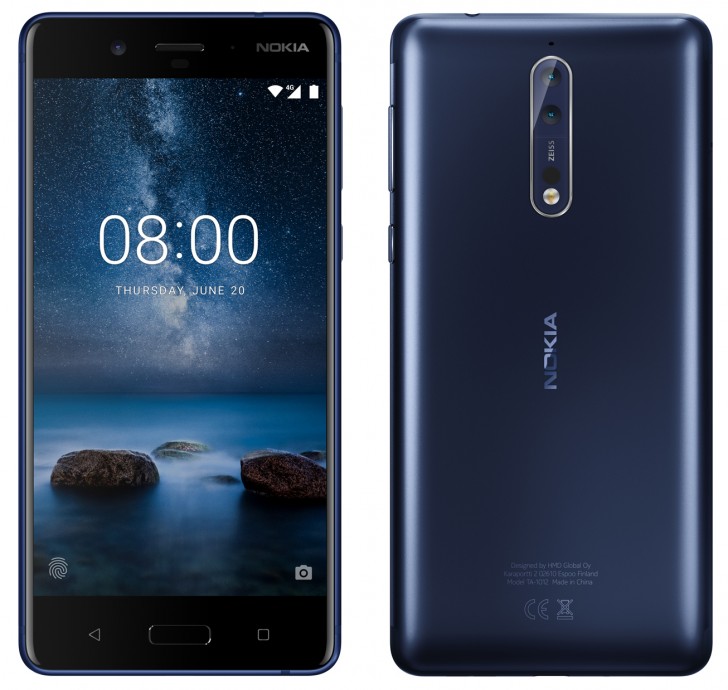 As you can see from the press renders above, there's a dual camera setup on the back, complete with Zeiss branding. Each sensor will have 13 MP resolution, and the phone will run Android 7.1.1 Nougat as you'd expect.

According to past leaks, the Nokia 8 should come in at least four color schemes at launch - blue, "steel", gold/blue, and gold/copper. The first of those is shown in today's leaked renders. Expect a price around €600.

Huh really, soon you will see many people lining up for Nokia in 3 years time rather than iPhone or Samsung or Motorola or HTC!!!

Agreed. I carry around my LG V20 around because it serves as my Wi-Fi hotspot and its height and width can be annoying. It is why I prefer to bring my G5 more. I think 5.3-5.5" is about the max I would go. This Nokia 8 looks like a winner to me...

the screen too small